Yet we don't skip it in 'edict' or 'verdict'

Why do we pronounce indict \in-DYTE\? Other legal terms in English that share the Latin root dicere ("to say") are pronounced as they are spelled: edict, interdict, verdict.

Indict means "to formally decide that someone should be put on trial for a crime." It comes from the Latin word that means "to proclaim." 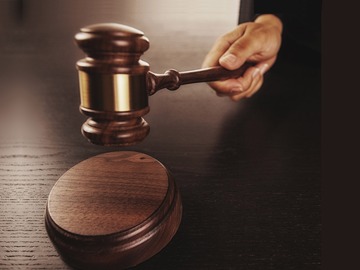 We pronounce this word \in-DYTE\ because its original spelling in English was endite, a spelling that was used for 300 years before scholars decided to make it look more like its Latin root word, indictare. Our pronunciation still reflects the original English spelling.

The other words ending in -dict were either borrowed directly from Latin or the English pronunciation shifted when they were respelled to reflect a closer relationship to Latin.