Programme is a British English spelling variant of program; both refer to an outline in a prescribed order or an agenda, such as a program at a theater. Since the 20th century program has also referred to computer code, and in this case both the British and American spellings are the same.

The word program has a number of meanings in English, most of which refer to an outline or system of things to be followed in a prescribed order. You might be handed a program when you enter a theater or ballpark, and it will list the actors or schedule of events, or each team’s roster of players. A television program is one of a series scheduled to run by a network (or nowadays by a streaming service). And in the 20th century, program came to mean the set of coded commands that a computer follows. 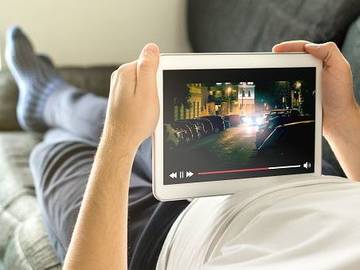 Shh, our programs are on.

Originally, a program was a notice posted in public, such as to indicate the agenda for a meeting. That was the meaning of the Late Latin programma, as well as the French programme. Both derived from the Greek programma, formed from the prefix pro- ("before") and the verb graphein (“to write”).

The spelling programme survives for the noun in some English forms, but is more likely to be found in publications from some British Commonwealth nations:

Many commentators continue to scoff at any signs of progressive ambition. Programmes of privatisation are common sense whereas any attempt to nationalise monopolies is dismissed as pie-in-the-sky utopianism.
— Tom Kibasi, The Guardian, 19 Nov. 2019

The Queen did not give her approval for the Duke of York's BBC interview about his friendship with Jeffrey Epstein. … Rather than ending speculation about Prince Andrew's behaviour, the hour-long programme revived the controversy and generated fresh questions about his movements and various "alibis" he gave.
— Camilla Tomine and Victoria Ward, The Sydney Morning Herald, 18 Nov. 2019

Newspapers and other publications originating in Canada tend to use the spelling program in all senses of the word:

Seven programs run by Algonquin College at its Perth, Pembroke and Ottawa locations have been suspended because of low enrolment. For the fall 2018 term, the Perth campus will suspend two office administration programs, a social service worker program, a masonry program, and a carpentry and renovation program.
— Alison Mah, The Ottawa Citizen, 17 Mar. 2018

This last point has been addressed in numerous programs lately, particularly in a powerful scene in the 2019 Netflix Tales of the City miniseries.
— Stuart Derdeyn, The Vancouver Sun, 9 Sept. 2019

The computing sense of program is spelled the same way in both American and British English:

Google scientists have created a computer program that uses basic reasoning to learn to navigate the London Underground system by itself.
— Hannah Devlin, The Guardian, 12 Oct. 2016

When the verb program is shown in its –ed or –ing form, the end consonant is doubled; when programme is shown the same way, the end –e is dropped. This results in the same spelling for both variants in the past tense (programmed) and present participle (programming).

English has a number of other words ending in –gram that derive from graphein, including diagram, epigram, and those words formed with the combining form -gram, such as telegram. Most of these words do not demonstrate the same spelling patterns as program/programme. There are some exceptions. For example, the British noun aerogram, referring to a letter sent over air mail, is sometimes spelled aerogramme.