Some words on the precipice

Sometimes, several words from one language that share a single root are adopted into English more or less at the same time—that is, when it rains, it pours words. Those derived from the Latin praeceps (pronounced \PRYE-keps\) are a good example.

Praeceps has many uses. As an adjective it means “rushing forward, headlong,” “sudden,” or “steep.” As a noun: “a sheer drop or descent.” As an adverb: “headlong.” As a verb, the related word praecipitare (\prye-kip-ih-TAH-ray\) means “to fall suddenly.” Precipitous, precipitation, precipice, and precipitate are all English words that derive from this root. 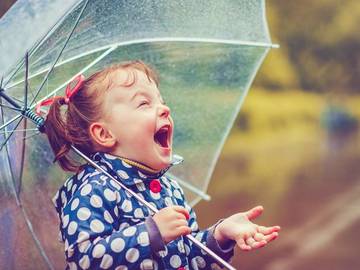 The close connection between headlong and praeceps is no accident: the literal meaning of the Latin praeceps is “headfirst,” as it is formed from the Latin prae-, meaning “in front of” or “before”—the ancestor of pre- in English—and caput, meaning “head.”

The twin ideas expressed by words derived from praeceps are “rushed” and “steep.” The oldest of these English words, precipitation, originally meant “haste” and “the act of hurling or casting down”—it had no connection to water falling from the sky for another two centuries or more. In the 1500s its “haste” meaning was frequently used:

Therefore let vs take hede to procede by ripe deliberation, fearing least we repent us to much by leasure of our foolish precipitation and hastinesse.
— Thomas Paynell, The Treasurie of Amadis of Fraunce, 1572

Shakespeare used precipitation’s other early meaning, “the act of hurling or casting down,” with reference to a Roman form of execution by throwing someone from a cliff known as Tarpeian Rock:

Even from this instant, banish him our city, In peril of precipitation From off the rock Tarpeian never more To enter our Rome gates
— William Shakespeare, Coriolanus, Act III, Scene 3

The corresponding verb precipitate (pronounced \prih-SIP-uh-tayt\) is used today to mean “to bring about especially abruptly” (“falling demand precipitated an industry crisis”), but its original meaning “to cast or hurl down, as from a precipice or height” was used in the same violent contexts as Shakespeare’s precipitation:

Him from that height shall Heaven precipitate By violent and ignominious death
— William Wordsworth, Sonnet XXI

Precipitate is also a noun (“a substance separated from a solution”) and adjective (“steep” or “fast,” as in “a precipitate decline”). It's usually pronounced \prih-SIP-uh-tut\ in these uses. These uses followed the verb into the language and are distinguished from it by pronunciation, but retain the ideas of “falling” shared with precipitation and “steep” shared with its other praeceps cousins.

Precipice first meant “a sudden or headlong fall,” a meaning now obsolete in English. Its literal meaning, “a sheer cliff,” was quickly followed by its figurative sense, “a point where danger, trouble, or difficulty begins” as in “He is on the precipice of a midlife crisis.”

Precipitous means “very steep” and also has a clear figurative use (“a precipitous drop in prices”). Precipitancy and its synonym precipitance mean “undue hastiness or suddenness” and were used more often in political contexts circa 1800 than they are today:

But the power in question has a further use. It not only serves as a shield to the Executive, but it furnishes an additional security against the enaction of improper laws. It establishes a salutary check upon the legislative body, calculated to guard the community against the effects of faction, precipitancy, or of any impulse unfriendly to the public good, which may happen to influence a majority of that body.
— Alexander Hamilton, The Federalist No. 73, 1788

Precipitation is by far the most frequently used of these words today, yet in Webster’s dictionary of 1828 there is no definition corresponding to the modern “hail, mist, rain, sleet, or snow.” The use of the word in this context seems to have come from the scientists who were observing weather in the late 1600s and were familiar with the idea of precipitation in chemical contexts. After all, “removing liquid particles from a smoke or gas,” that is, forming a precipitate (“a substance separated from a solution”) is the most basic definition of rain.

All of these words based on praeceps entered English over a period of about a century starting around 1500—a reflection of the both the beginnings of modern science and the interest in Classical languages and culture during the Renaissance. And though these words hurried into English with senses connected to “haste” and “steepness,” the use of precipitation to mean “rain” was added to the language much later, and doesn’t apply to the word’s etymological cousins: although it’s tempting to use precipitous to mean “rainy,” we caution you not to dive headfirst into it.