The History and Meaning of Precarious

English speakers are used to thinking of words that begin with certain letter combinations as being made up of a prefix and a root word. Misinformation is the prefix mis- plus information; impossible is the mutated prefix in- plus possible. So you can be forgiven for looking at precarious and wondering what the root word carious must mean. Related to caries that means "cavities"? Some transmogrification of the word care? 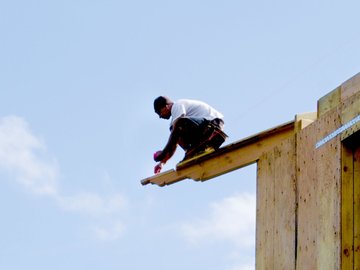 Not all that begins with pre- is a prefix + root combo. Precarious actually comes from the Latin word precarius, which has a number of meanings. The earliest was "obtained by entreaty or prayer," which is not part of the current meaning in English at all; and the Latin word also does mean "doubtful" or "uncertain," like the Modern English precarious.

When precarious first appeared in English in the early 1600s, its earliest meaning was "liable to be changed or lost at the pleasure of another." This use generally referred to specific rights, such as tenancy, but was quickly broadened to refer to other things, like the charitable impressions of another person.

Precarious took off: before 1700, its use had been broadened to refer to dubious arguments or lines of reasoning, or things that were uncertain because of changing circumstances. By the mid-1700s, it had gained the "danger" sense we are familiar with today.

Here are some examples of precarious in a sentence:

He earned a precarious livelihood by gambling.

The strong wind almost knocked him off of his precarious perch on the edge of the cliff.