'Poser' is already an English word, but the meaning isn't quite the same

Every scene has its poseurs, its wannabes—the ones who try too hard to belong but who don't have cred. The noun poseur is defined as "a person who pretends to be what he or she is not : an affected or insincere person." 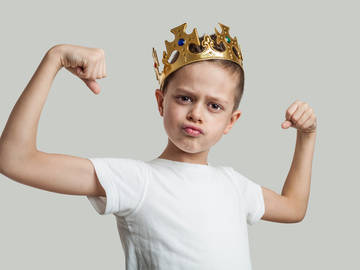 If we already had the word 'poser', what led us to borrow 'poseur' from French? Simple: the French word had an additional meaning ("to put on airs") that the English 'poser' lacked. 'Poser' can also mean "a puzzling question."

The word is almost always used with a negative connotation, conveying the skepticism we have for those who put on airs. Naturally, then, the word is frequently found in contexts of scenes and subcultures where there is suspicion of anyone who tries to associate without demonstrating that they belong:

I don't want to disrespect pop-punk bands that play three or four chords, because there are some great ones. But so many are absolute poseurs; the scene is oversaturated.
Matt Pinfield, quoted in Spin, November 2005

Parkour websites post daily homework in the form of push-ups and other exercises, and some veterans urge "noobies" not to show up for training sessions until they can run a good three miles. The upshot: poseurs don't last long.
Alice Park, Time, 16 Apr. 2007

The ad makes an obvious point: Macs cost more than Windows PCs. But there's a far more damaging subtext: that people who buy Macs aren't necessarily cool, clued-in hipsters. In fact, they might just be poseurs who paid too much for a computer-slash-fashion accessory.
Daniel Lyons, Newsweek, 13 Apr. 2009

Despite its use in these contexts, particularly by young people, poseur is not a new word. With its first English use attested in the 19th century, it came to be well established in late 19th- and 20th-century literature:

"That 's not an answer! But it 's none of my business. Only if I, in his place, being suspected of having-- what shall I call it?--a cold heart, managed to do that piece of work, oh, oh! I should be called a pretty lot of names. Charlatan, poseur, arrangeur! But he can do as he chooses!
Henry James, Roderick Hudson, 1875

ORINTHIA: If you let yourself be beaten by that trickster and poseur, never dare to approach me again.
George Bernard Shaw, The Apple Cart, 1928

The place was crowded with Scandinavian farmwives, standing aloof in shawls and ancient fawn-colored leg o' mutton jackets, awaiting the return of their lords. They spoke Norwegian or Swedish, and looked at Carol uncomprehendingly. They were a relief to her--they were not whispering that she was a poseur.
Sinclair Lewis, Main Street, 1920

In spite of this, we still find evidence for publications from the 1990s styling the word in italics, an indication that poseur was regarded by some writers and editors as something of a foreignism even until recently.

Poser already has meanings in English: "a person who poses" and "a puzzling or baffling question"

Poser was entered in Webster's Second New International Dictionary as one who "one who poses or attitudinizes," while the spelling poseur had an interesting addendum: "one who poses or attitudinizes, especially mentally." What's strange about poseur is that –eur ending that most of us can recognize from French-derived nouns such as masseur, entrepreneur, and chauffeur. (Poseur even has its feminine equivalent, poseuse). If we already had the word poser, what led us to borrow poseur from the French?

In French, the verb poser has a number of meanings, among them "to ask (a question)," "to install (as flooring)," and "to pose (as for a painting)," but particularly "to put on airs" or "to attitudinize." (Poser is also used in a number of colorful French idioms. Poser un lapin (a quelqu'un) –literally, "to put a rabbit on someone"—means to stand someone up for a date.)

In French, the word carries a higher connotation of pretense than is implied by simply sitting for a portrait or even pretending to be a doctor. And so there is a sense in poseur—captured by the pointed use of "especially mentally" in Webster's Second—of aspiring to belong emotionally, in the manner of Don Quixote envisioning himself as a knight. In First Steps in French Idioms (1908), Henri Bué writes, "it is easy to understand how poser, to sit for one's likeness, came to mean to strike attitudes, be affected; poseur is a substantive, formed from it."

In a 1912 issue of The Century Magazine, a writer named Oliver Forbes touches on the je ne sais quoi of the poseur:

The poseur, as we know him, is the man whom we have outwitted in his attempt to outwit us. We have fathomed his trick, and he is entitled to his share of the charity which we lavish on the exemplifications of our sagacity. The great poseurs, indeed, like the great criminals, are lost in the incognito of their triumph; history preserves them, like successful rebels, under other names. The poseur so-called has failed, but his often an innocent and likable failure.
Oliver Forbes, The Century Magazine, 1912

In modern English, we sometimes prefer the more English-looking spelling poser, a styling the Oxford English Dictionary regards as "modelled on a French lexical item." It turns up frequently enough in print:

And now I'll tell you my truth: I went into this review thinking that Moody was a faker, a poser. Shooting him off his plinth, I thought, would be easier than shooting fish in a barrel. But whatever else he is, he is the genuine article. A writer of one terrible book after another, but a writer nonetheless.
Dale Peck, The New Republic, 1 July 2002

But it is notable that poseur is the spelling that a significant number of English speakers prefer, echoing nouns such as provocateur and raconteur that don't have –er partners in English, as poseur does. One might even regard the preference for the French spelling as an affectation itself.