Does Peruse Mean "to Skim" or "to Read Carefully"?

Peruse means "to read carefully" and "to skim"? How?

A Merriam-Webster user recently pinged us on Twitter to ask us about the entry for peruse:

: to look at or read (something) in an informal or relaxed way

: to examine or read (something) in a very careful way

"Is this real?" he asked. "How did this happen?" It is real: peruse is a contronym, or a word that has two meanings which seem to contradict each other. How peruse got those two meanings is complicated. 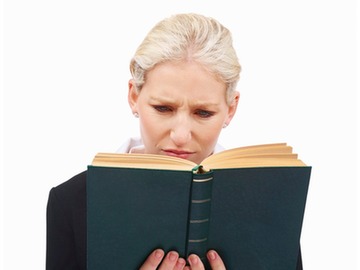 Is this real? 'Peruse' has two contradictory meanings? How did this happen?

Original Use of Peruse

When peruse first entered English in the late 1400s, it didn't refer to reading at all but to going through or examining something (like a to-do list) item by item. This meaning gave rise to another, more general meaning: "to examine or consider with attention and in detail." Peruse in this sense was common: Shakespeare used it in Romeo & Juliet ("Let me peruse this face") and Milton used it in Paradise Lost ("My self I then perus'd, and Limb by Limb Survey'd").

One common object of study was, of course, the book, and by the early 1500s, peruse had come to mean, simply, "to read through or over." When a writer meant to convey something about the carefulness of a perusal, they did so by using a modifier. Washington Irving in Salamagundi writes of a lady "who so attentively peruses her book," implying a careful study; Samuel Johnson in The Idler complains that "advertisements are now so numerous that they are very negligently perused," implying that they are merely skimmed over. Peruse lived with this broad "read" meaning for many centuries.

Until 1906, that is, when usage commentator Frank Vizetelly, in his A Desk-Book of Errors in English, wrote:

peruse should not be used when the simple read is meant. The former implies to read with care and attention and is almost synonymous with scan, which is to examine with critical care and in detail. A person is more apt to read than to scan or peruse the Bible.

Where Vizetelly got this idea is beyond us—it appears he made up the rule out of thin air. Perhaps he was hearkening back to the original "examine" sense of peruse and ignoring centuries of more general use. But Vizetelly's prescription was picked up and repeated by other 20th-century usage commentators.

Nowadays, peruse is almost always used in literary contexts. If you decide to use it, make sure that its meaning is clear.