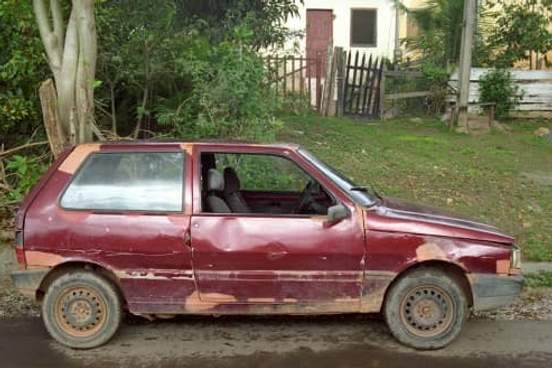 In the 18th century, rattletrap referred to a small or worthless article, similar to knickknack or trinket.

No luggage, mind! Leave all your rattle-traps behind you: to be overhauled, if necessary, at his honor the admiral's discretion.
— Wilkie Collins, No Name, 1862

It was only later that the word came to be used both as a noun and an adjective describing any kind of larger, rickety machine that produces the rattle evoked in the name.

It was taking me a full day to mow the ballpark with my rattletrap gas mower that had to be refueled every few circuits of the field, and stalled over and over if the grass was wet or more than an inch long.
— W. P. Kinsella, Shoeless Joe, 1982 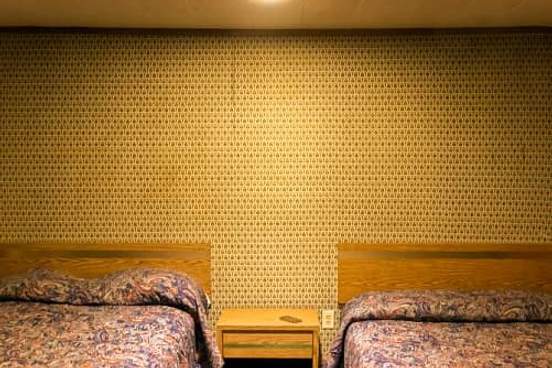 Long before it was used as the name of the eponymous character played by Phoebe Waller-Bridge, fleabag came to be used for an inferior hotel or rooming house. It is often used attributively:

But with the help of The Life Link of Santa Fe and the Housing First initiative, Moore found a place to live — moving up from a fleabag motel with no lock on the door to a midtown apartment complex.
— Robert Nott, The Santa Fe New Mexican, 19 Dec. 2020

Infestation is a bugaboo (so to speak) in the lodging industry, so it's not surprising that one would turn to insects when describing cheap or unclean accommodations. The noun roach motel had already been established as a proprietary name for a pest trap before it came to be used for dirty or run-down housing. 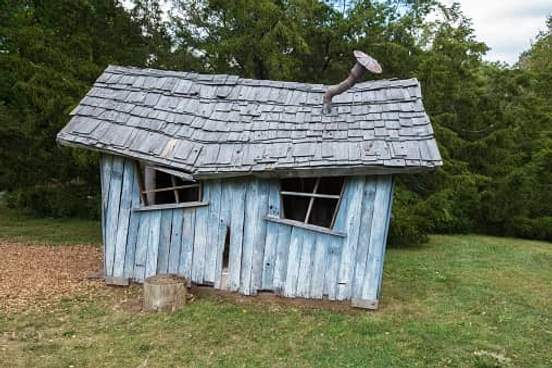 The tatter- in tatterdemalion evokes torn or ragged clothing, and early use of the word as a noun referring to one wearing such clothing. Where the –demalion part comes from is a greater mystery. (The word ragamuffin follows a similar pattern.)

In its adjectival use, tatterdemalion can describe any of a range of things that are poorly kept, from overgrown gardens to rundown neighborhoods.

Layoffs in the refinery, paper mills and brewery that anchored the economy after its shipbuilding and merchant trading days ended have left many striking 19th century buildings of the compact, hilly downtown in a tatterdemalion state but have not torn its welcoming, small-town atmosphere.
— Philip Hersh, The Chicago Tribune, 21 Nov. 2014 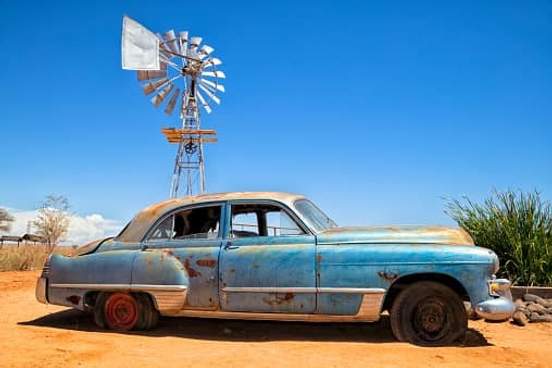 Jalopy is the somewhat humorous term for an automobile or other vehicle in poor condition (though one usually running well enough to be operable).

"His cars were always breaking down," Barnett says. "He was extremely frugal." In one of his jalopies, Sanders (or one of his passengers) had to clear the windshield manually using the wiper blade he kept in the glove compartment.
— Tim Murphy, Mother Jones, September/October 2015

The origin of jalopy is unknown, though we do know that it was around in the first half of the 20th century and was sometimes spelled with a g:

Play started at seven o'clock in the morning (daylight saving time at that), so we lost no time - but lots of sleep - in heading the old "giloppy" out that way.
— Santa Fe Magazine, 1932 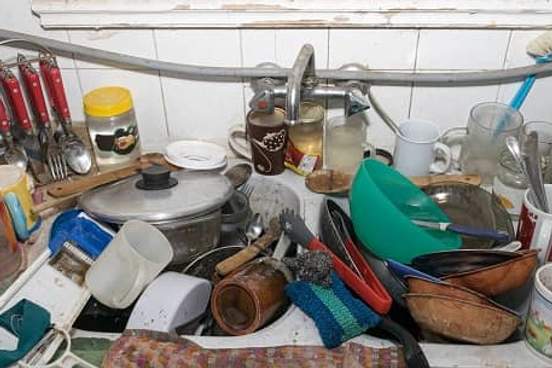 The adjective squalid describes conditions that are filthy and unhealthy usually due to neglect.

A backlog in the asylum procedure and continued arrivals has led to severe overcrowding and squalid conditions in the camps.
— Associated Press, 2 Nov. 2020

Squalid derives from the Latin verb squalēre, meaning "to be covered with scales or dirt." The related noun is squalor, a word J. D. Salinger once used with some irony in the title of a short story, "For Esmé, With Love and Squalor." 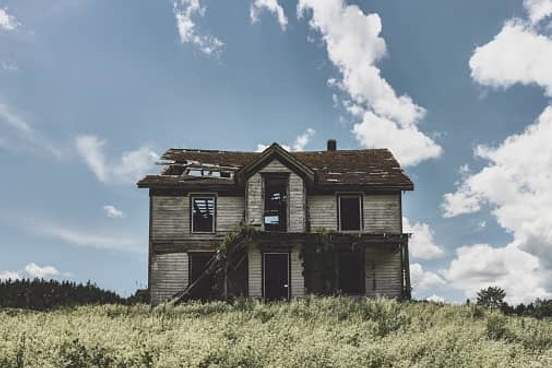 Something that is dilapidated has fallen into disrepair due to neglect or misuse.

A local history buff, Ms. Thomas is a member of a group of volunteers who regularly clean up old, dilapidated cemeteries in the area, including one in Maxatawny that is about two miles from her church.
— Michael Corkery, The New York Times, 26 May 2021

We find dilapidated most frequently in the form of its participial adjective, but its related verb, dilapidate, means "to squander or destroy." That verb was formed by combining dis- with another verb, lapidare, meaning "to pelt with stones." Something that is dilapidated, such an old barn, might look at though it has been pelted with stones. 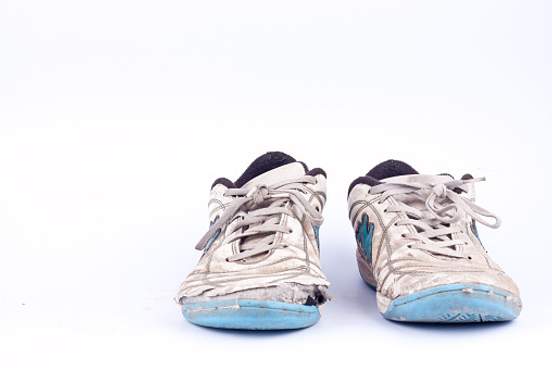 Meaning "shabby," the phrase down at the heels once applied specifically to a shoe that had been worn to the point that he heel was worn down. When describing a person, it referred to someone wearing such shoes.

"I must be the first to congratulate you on the acquisition of my old shoes. They will be very easy in the wearing to you, though they pinched my corns a little at first. I dare say they want new soling, and perhaps they are a little down at the heels; but you will find some excellent cobbler to make them all right, and will give them a grace in the wearing which they have sadly lacked since they came into my possession."
— Anthony Trollope, The Small House at Allington, 1862

The state of one's shoes comes up in a number of examples of literal and figurative English. The adjective slipshod, for example, can mean both "wearing loose shoes" and "poor in execution" (as in "a slipshod attempt"). A person who is well-heeled, on the other hand, is one who has plenty of money.

Down-at-the-heels has become established to the point of describing things beyond people and the state of their footwear.

Mare of Easttown trundled onto TV looking like a familiar type: a grim crime show with an anthropological eye, one of those murder mysteries where the journey is supposed to matter more than the destination. Mare Sheehan (Kate Winslet) stars as a detective in a down-at-the-heels Pennsylvania town with a personal connection to just about everyone in her jurisdiction.
— Willa Paskin, Slate, 16 May 2021