Is It 'Ornery' Cuss or 'Ordinary' Cuss?

Their history isn't that difficult to deal with

Modern lexicographers tend to avoid inserting their own character into definitions; it's difficult enough to accurately define the messiness that is the English language without having to worry about whether one's own foibles or prejudices are muddying the semantic waters. Samuel Johnson, famous for the occasional definitional bon mot (he defined lexicographer as "a harmless drudge") gets a pass, but he's not all that modern. However, every so often we come across a definition which, although it would probably not pass muster in today's dictionaries, makes this sort of editorializing seem reasonable. As when Bret Harte defined ornery as "Corruption of 'ordinary,' with a spice of contempt."

Harte was a poet and short story writer, not a lexicographer, but near the end of the 19th century included a "Glossary of Far-Western Terms" in one of his books. Most of his definitions are rather straightforward and dry; the 'spice of contempt' addition is just the sort of short and poetic turn of phrase that manages to convey more information than heaps of technical jargon would. It is a memorable definition, and all the better for being largely accurate. 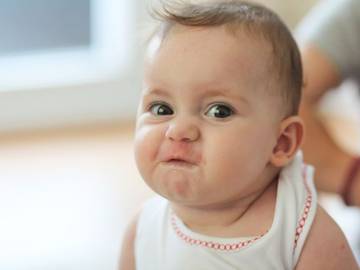 The English-speaking people have been shortening ordinary in one manner or another since at least the early 16th century. It may be found rendered as ornary, ornarie, and in several other ways.

...and that the pleasures, and pastimes of this life, ar but a kind of butterfly, for boyes to play withall; & that the greatest earthly felicity, that euer was enioyed by man, if it dyed not as soone as it was borne (which yet is the ornary case of worldly pleasure)....
— Giuseppe Biodi, A Relation of the Death of the Most Illustrious Lord, Sigr. Troilo Sauelli, 1620

In the early 19th century the variant spelling continued to stand for ordinary, but we begin to see the spice of contempt creeping in.

But Capulet, bless you he thought
That Juliet continued to bellow,
Cause Romeo murdered Tybalt
And thought him an ornary fellow.
— The Washington Review and Examiner (Washington, PA), 5 Jul. 1819

Yankee. In the first place, learn to talk as "you'd ought" to yourself, and then correct me.
Southerner. You ornery fellow! do you pretend to call me to account for my language?
— The Massachusetts Spy (Worcester, MA), 28 Jul. 1830

Throughout the 19th century ornery is still occasionally found as a simple synonym for ordinary.

As the word became increasingly common it took on a slightly more opprobrious cast, less often being used to mean "commonplace," and more frequently meaning "irritable, cantankerous." Ornery was also frequently used by writers who wished to imbue a character's dialogue with a rustic quality.

"Tell Mister Revelashun," sed I, drawin myself up to my full hite, & lookin rownd upon the ornery krowd with a prowd & defiant mean, "tell Mister Revelashun to mind his own bizniss, subjeck only to the Konstitushun of the United Staits!"
— White Cloud Kansas Chief (White Cloud, KS), 27 Dec. 1860

The word has now moved quite far afield from its roots, and bears little semantic resemblance to its ordinary origin. We offer several definitions for the word, including "having an irritable disposition," "difficult to deal with or control," and "having or showing a playful tendency to cause trouble." We make no mention of Harte's "spice of contempt," for, tempting though it might be, allowing definers such artistic license can only lead to trouble.