The Real Origin of 'Supercalifragilistic'

For many people, supercalifragilisticexpialidocious and the 1964 movie Mary Poppins are inextricably linked. Indeed, it was this movie that popularized the word. The songwriters, brothers Richard and Robert Sherman, have explained the word as originating in the same way they, like many others, used to make up humorously big, nonsensical words as children. 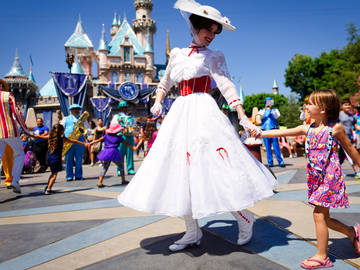 Remember when we used to make up the big double-talk words, we could make a big obnoxious word up for the kids and that's where it started. "Obnoxious" is an ugly word so we said "atrocious," that's very British. We started with "atrocious" and then you can sound smart and be precocious. We had "precocious" and "atrocious" and we wanted something super colossal and that's corny, so we took "super" and did double-talk to get "califragilistic" which means nothing, it just came out that way.

Coincidentally, there was also a song called Supercalafajalistickespeealadojus that was written in 1949, and the authors of the song brought a suit against the Sherman brothers for copyright infringement. In the end, the court decided in the Shermans’ favor because, among other things, affidavits were produced that claimed that variants of the word were known many years prior to 1949, making the plaintiffs' claim unfounded.

In fact, the earliest known written record of a variant is for supercaliflawjalisticexpialidoshus from an "A-muse-ings" column by Helen Herman in The Syracuse Daily Orange (Syracuse University), March 10, 1931. The columnist muses about her made-up word, describing it as including "all words in the category of something wonderful" and "though rather long and tiring before one reaches its conclusion, ... once you arrive at the end, you have said in one word what it would ordinarily take four paragraphs to explain."

The word supercalifragilisticexpialidocious in Mary Poppins is said to be simply a word used as "something to say when you have nothing to say," but the mouthful of nonsensical syllables certainly has brought cheer to audiences for decades. That cheer has inspired people to use it, like Helen Herman used her word, for things that are extraordinarily good or wonderful.

He crammed a generous chunk of the mix in his mouth and blew a bubble. The bubble rose, rose higher. It was a big beautiful bubble, … a supercalifragilisticexpialidocious bubble.
— Robert Hendrickson, Smithsonian, July 1990

If Trump is going to start trade wars and raise tariffs, he should explain how his supercalifragilistic deals will both punish these countries and make goods cheaper for American consumers.
— David Harsanyi, Times Record News (Wichita Falls, Texas), 12 Mar. 2016

For a real good time, just tell your parents to take you to any one of the supercalifragilistically spectacular places listed below.
— Key, 7 Feb. 1987

Finally, what of the claim made in Mary Poppins that saying the word loud enough will cause the speaker to sound precocious? We do not have sufficient evidence to support that conclusion at this time.