We associate luxury with comfort, quality, wealth, and aspiration. But it wasn’t always that way: the word originally meant lechery and lust in English.

Latin had two similar words with overlapping meanings: luxus, meaning “luxury” or “excess,” and luxuria, which meant “rankness” or “offensiveness.” These terms became luxe and luxure in French, with meanings that preserved the distinctions of the original Latin. 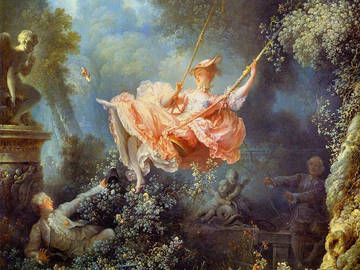 The word 'luxury' originally meant "lechery" or "lust." By the Elizabethan period, it was associated with adultery, as in Shakespeare's line "she knows the heat of a luxurious bed." Eventually, the word came to refer to a sumptuous environment.

The French word luxe developed the meanings that we commonly associate with luxury: "wealth" and "indulgence." The French phase de luxe, meaning “of luxury,” became the English word deluxe. By contrast, luxure referred to unrestrained sexual pursuits and became a synonym of lasciviousness or wantonness and is associated with words like debauchery and perversity. This is the way luxury was initially used in English: The Oxford English Dictionary records that Chaucer refers to “O foule lust of luxurie.”

By Elizabethan times, unsurprisingly, luxury was associated with adultery:

Away! thy voice is hateful; thou dost buzz, And beat my ears with intimations That Mellida, that Mellida is light And stained with adulterous luxury.
—John Marston, Antonio’s Revenge, 1602

Would you not swear, All you that see her, that she were a maid By these exterior shows? But she is none. She knows the heat of a luxurious bed. Her blush is guiltiness, not modesty.
—William Shakespeare, Much Ado About Nothing, 1600

Over time, luxury drifted away from its exclusively sensual meaning to mean “sumptuous environment,” referring to food, clothes, and opulent lifestyle, as in the phrase “they lived in luxury.” This association with opulence and wealth led to the word’s most recent meaning, the one that refers to something nonessential or indulgent—something extra that is a welcome change that is not always possible or available, as in “going out to dinner was a rare luxury for them.”

If luxury started with the physical and drifted to the material, pleasures of the senses were nevertheless always at the root of how we understand this word.