Which one to use for optim(al/um) effect?

Optimal and optimum both mean “best possible” or “most favorable.” Optimal is used solely as an adjective, as in “optimal method of completion, while optimum functions as both a noun, as in something “being at its optimum,” and an adjective, “optimum method,” although this is less common.

Back in the middle of the 19th century, it seems that a need for a word arose, and optimum appeared to fill the void. It was the scientists who'd felt the word's lack, so they naturally pulled it straight from Latin without changing a thing: in Latin it is the neuter of optimus, meaning "best." 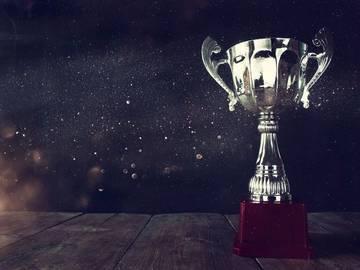 The scientists used optimum as a noun, mostly to refer to the most favorable condition for the growth and reproduction of an organism, as in "soil condition at its optimum." The noun caught on and eventually broadened to refer to both "the amount or degree of something that is most favorable to some end" and "greatest degree attained or attainable under implied or specified conditions."

It was only a few decades into the noun's existence, though, that the word started to be applied as an adjective as well. And at about the very same time, a synonymous and related adjective—optimal—was coined. Which brings us to our current situation: when we want a noun, we use optimum, but when we want an adjective, we use … either?

Let's take a look at what's happening out in the world with these two:

In fact, some exoplanets, quite different from our own, could have much higher chances of forming and maintaining sustainable biospheres. These superhabitable worlds may be the optimal targets in the search for extraterrestrial, extrasolar life.
— René Heller, Scientific American, January 2015

The production and scrutiny of counterfactuals (colloquially known as "what ifs") is an optimal way to test and refine one's behavior.
— David Eagleman, The New York Times Book Review, 5 Aug. 2012

Here's what the big brands know that your emerging company may be missing: for optimal success your employees must not only be plausible representatives of your brand's key attributes, but they must exude the company brand.
— Cheryl Conner, Forbes, 23 Nov. 2014

In the late 1980s David Barker, a British doctor, suggested that what a woman eats when she is pregnant shapes her child's physiology for life. He called the idea fetal programming. Such programming would allow an individual to make optimum use of available nutrients, on the assumption that his own diet will be similar to his mother's.
— The Economist, 13 Nov. 2010

Inside there's two 8-inch configurable "infotainment" screens and a choice of two seats: one for optimum comfort, the other a "competition sport" option with side bolstering to hold the driver in place during hard cornering.
— Jim Mateja, The Chicago Tribune, 8 Feb. 2013

Pasteurized Camembert has a wider window for optimum taste (50 to 60 days) and for overall consumption (40 to 70 days). Some producers put expiration dates on packages so that consumers will know when the 70th day is—and when the cheese will be at its best.
— Sam Gugino, Wine Spectator, 30 Nov. 2011

As you can see, either does just fine—though a peek at various corpora show that optimal is the more common choice.

Some will say that you should enjoy the distinction the two forms provide, and use optimum only as a noun, and use optimal for the adjective. English does have a number of pairs that follow that same pattern: bacterium/bacterial, cerebrum/cerebral, cranium/cranial, imperium/imperial. (Yes, we know we're getting into some obscure territory with that last one.) But English has also resisted such distinctions in less technical words: no one says individuum anymore; individual functions as both noun and adjective.

Which leaves us with this: optimum and optimal are both options when you want an adjective. Optimum appears to be slightly older, while optimal is significantly more common. Use whichever you will.