One More Problem with Blizzards

We've Become Very Adept at Handling Them, but Where Did That Word Come From?

By this point in the year, a lot of us think we know just about everything there is to know about blizzards. Keep sand in the car; stay off unplowed secondary roads; don't neglect the roof rake. 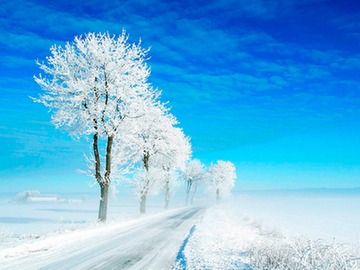 Blizzard's big break came in March of 1888, when a huge snowstorm paralyzed the Eastern seaboard for days

But there's one thing we don't know about blizzards, and that is where the word blizzard comes from. It's a question that has puzzled etymologists (the people who puzzle over this kind of question) for years. One such scholar, Allen Walker Read, did research into the origins of blizzard in the 1920s, and thanks to him, we do know some of the story about the early history of this word.

The year is 1870. Ulysses S. Grant is in the White House. Construction of the Brooklyn Bridge begins. And on April 23 of that year it snowed in Estherville, Iowa. The local paper, the Northern Vindicator, reported on the storm and called it a one-z "blizard," with quotation marks around it. One week later, the newspaper used the word again, this time with two z's but still in quotation marks. So there we have it: possibly the earliest written evidence of the word blizzard used to mean a heavy snowfall. (We say "possibly" because there is evidence of the word blizzard from 1859 in the diary of Captain Lambert Bowman Wolf, who was serving in Kansas at the time; however, it's not clear whether the word appears in the entry as it was originally written or was added later when some of the entries were expanded.) Meanwhile, back in Estherville, that summer the local baseball team decided to call itself the Blizzards. We're guessing it was a really bad winter.

When Read spoke to the folks in Estherville about this, they said that blizzard was introduced by a local man named Lightnin' Ellis. He was one of a group of men who would hang out in the general store, barbershop, or newspaper office. According to some of the old-timers, Lighnin' had a habit of using droll terms, and they associated the word with him.

After these first appearances, blizzard spread to several other newspapers in Iowa and neighboring states over the next few years and became a well-known word in the Midwest. Blizzard's big break came in March of 1888, when a huge snowstorm paralyzed the Eastern seaboard for days. It was referred to as the Blizzard of 88, and with that blizzard became well-known nationally.

But we're still left with the question: Even if the "violent snowstorm" sense of blizzard can be traced to northwest Iowa around 1870, where did they get the word from? We know that blizzard was used earlier with other meanings. In the 1830s, for instance, the word was used twice by Davy Crockett – once to mean a blast from a gun and another time to mean a blast of words. From a shotgun blast to a blast of words to a wintry blast seems reasonable, but we can't point to an actual link. The earlier uses appear to have been short-lived or local. The gun blast sense overlaps the snowstorm sense in time, but all of the evidence for it comes from other parts of the county.

In the end, we really don't know where Lightnin' got this word from, if indeed he was the one who introduced it to the citizens of Estherville.

And so, even though we know all of this lore about the word, the conscientious etymologist is left with no alternative but to show this as "origin unknown." A little unsatisfying? Perhaps – but with no end to this winter's blizzards in sight, at least we in the Northeast can be even more productive in our investigations.