OMG, This Is So Awkward. Merp.

Don't know what to say?

We've got a brand-new word for you that you've definitely never heard before: merp.

Oh. You already know it? Merp. 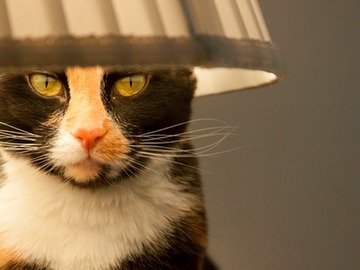 'Merp' is a word for when you really don't know what to say. It's especially useful in situations which are awkward or disappointing in some way.

For those of you unfamiliar with merp, it's an interjection that goes right where no other word seems to fit. It typically expresses awkwardness, and it's used especially when you don't know how to respond to something—often something that's a bit disappointing:

You don't want to go with me to the show? Merp.

It's most comfortable in casual contexts, but it occasionally turns up in established publications:

In case you missed the breathless wall-to-wall Black Friday coverage, the number of holiday shoppers was up (yay!) but overall sales were disappointing (merp).
—Chris Davis, The Memphis Flyer, 5 Dec. 2013

Merp has been lurking around the fringes of the lexicon for some time now. The earliest evidence we've found of it so far is a 2007 tweet:

Merp...trying to figure out what the heck I'm doing. Trying to organize my morning.

It made its first Urban Dictionary appearances in late 2009. A user who goes by the name of "The One Who Defines" defined it with two senses that reflect current usage: "what you say when there is nothing better to be said," and "[an] expression of minor disappointment."

And a YouTube user named Preston Hymas posted a video all about the term in early 2010. He demonstrated its function (in various forms) as a noun, verb, and adjective, as well as the currently used interjection.

These examples all demonstrate that merp was around before the Jersey Shore episode that surely all readers are familiar with: "Merp Walk," released 18 Oct. 2012. (Merp also appears in an at least one episode from season 5, also released in 2012.)

But wait a minute, some of you may be saying, this is only part of the story on merp.

It's true. When it's styled in no-nonsense ALL CAPS as MERP it's often an acronym employed in the healthcare industry. It means "Medical Expense Reimbursement Plan," and it refers to an arrangement by which an employer can reimburse employees for medical expenses they incur under their health insurance, such as deductibles, copayments, and prescriptions.

MERP is also an acronym for "Middle-Earth Role Playing" (the name of a game based on J.R.R. Tolkien's writings). And it's an acronym used by USAID to refer to the Middle East Regional Platform.

The acronyms aside, merp has got far to go, usage-wise, before it can be seriously considered for dictionary entry; we'll be monitoring its development in the meanwhile. You should of course feel free to use it when no other word seems to fit.