In geometry class we learn about obtuse angles: those are the wide ones, greater than 90 degrees, in contrast to acute angles, which are smaller than 90 degrees. An acute angle makes a sharp point, while an obtuse person is not all that sharp intellectually. Appropriately, obtuse has roots in the Latin obtusus, meaning “dull” or “blunt.” 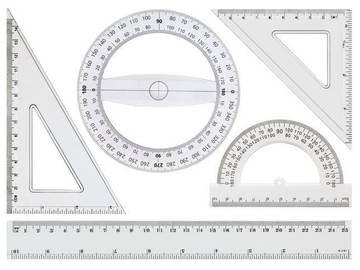 The line between 'obtuse' and 'abstruse' is murkier than it once was.

To be obtuse is not just to be dim, though. More specifically, it suggests a refusal to see something apparent to others, or a willful ignorance or insensitivity to the real facts of a situation.

“He appears to be someone who is unwilling to do the most modest things to shut down the story and who, in fact, does the opposite,” said Steven Fielding, a professor of political history at Nottingham University in England.

Mr. Corbyn, he added, “is either incredibly obtuse or he just doesn’t care,” and he has created a crisis he could have averted simply by “taking the advice of people he doesn’t like.”
— Stephen Castle, The New York Times, 3 Apr. 2018

As in TV sitcoms, the parents here are more messed up than the kids. Mitchell is both overprotective and obtuse, unable to see Kayla as anything but a child.
— Daniel Eagan, Film Journal, 3 Apr. 2018

Abstruse is used to describe things that aren’t easily accessible to the lay reader or average person. Specifically, it suggests the use of language or other material that suits the advanced levels of a subject of which the rest of us might have only an elementary understanding.

Schindler's book is not easy to read; his prose is technical and his subject matter is abstruse. But it is also a joy to read.
— Michael Sean Winters, The New Republic, 30 Aug. 1999

In Monopoly: The World's Most Famous Game and How It Got That Way (Da Capo, 2006), Philip E. Orbanes describes how Monopoly evolved out of a far more abstruse, purely educational tool called The Landlord's Game, created in 1903 by one Elizabeth J. Magie to teach the gospel of a reformed tax code.
— Joseph Gildenhorn, The Wilson Quarterly, Winter 2007

It is common for obtuse to be used in place of abstruse—so common that obtuse has another sense in the dictionary: “difficult to comprehend : not clear or precise in thought or expression.”

She also lovingly introduced the work of avant-garde artists, making their work seem accessible and inviting – not obtuse and off-putting – no matter how rigorous.
— John R. Killacky, The Burlington Free Press, 30 Mar. 2018

Wrangling your Facebook privacy settings—fine-tuning what data friends, advertisers, and apps can access—is a slog. The menus are labyrinthine, the wording obtuse.
— Brian Barrett, Wired, 27 Mar. 2018

The substitution is understandable: certainly, a subject that is abstruse can leave one feeling obtuse. Think about how out of place you feel at a party when someone is talking about an obscure author or film that everyone seems to have heard of but you. (Our solution: read more and see more movies.)

But the use of obtuse for something that one has difficulty penetrating has not escaped the criticism of some commentators. When obtuse appeared in a published letter from a Navy general in 1983, William Safire called out the use in his New York Times column, because the general had used the adjective to describe “political purposes,” which, Safire explained, “demands a modifier imputing deviousness, not dullness.”

“The General may be the only one to give the word that meaning,” Safire went on. “To most of the rest of the English-speaking world, obtuse means ‘blunt and insensitive,’ not ‘vague and unclear.’” Safire, though, in a bit of forgiveness, noted that the general might have been influenced by combining abstruse with obscure, a word that shares overlap with abstruse because it can mean, among other things, “not readily understood or clearly expressed,” as in “obscure rock lyrics.”

Another complication is that is obtuse can also be used to describe something like an insensitive remark, blunt and poorly thought out:

So the line that would conceivably separate obtuse as modifying willfully ignorant people and abstruse for the language that one might use is blurred somewhat. It’s possible, after all, for remarks that are both insensitive and phrased in esoteric language to be both obtuse and abstruse.

Does obtuse add something that abstruse doesn’t when it's used to mean “difficult to comprehend?” Your answer might help decide whether using obtuse for something that makes you feel stupid is right for you.