The word, not the behavior 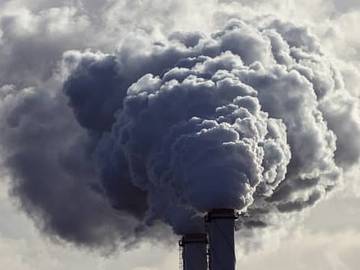 The meaning we commonly find today has been in use since the 17th century and complained about since the 19th.

The assertion that nothing in this life is certain but death and taxes is not a new one; it’s been bandied about since at least 1716, when it appeared in Christopher Bullock’s play, The cobler of Preston (“'tis impossible to be sure of any thing but Death and Taxes”). It is a fine idiom, although one that invites additions; were we to elaborate on things that are certain in life it would be to add ‘people complaining about the changing meaning of words.’

In almost every newspaper and American journal that I take up for perusal, I am annoyed by the flagitious abuse of our mother-tongue. Your own interesting journal is not an exception, In a late article, from the pen of Mr. Willis, I observed he made use of the word obnoxious for noxious or offensive.
— (letter to the editor), The New York Mirror, 16 Jan. 1836

We may no longer be using phrases such as ‘annoyed by the flagitious abuse of our mother-tongue,’ and we are no longer complaining about the misuse of this particular word, but the general tone and content of the letter are familiar enough. Looking back, from our position today of hearing people complain about literally, like, and irregardless, the choice of offending vocabulary may seem strange; did people really complain about obnoxious? Of course they did.

The word first came into English in the middle of the 16th century, and in its earliest application most often meant “exposed to something unpleasant or harmful.”

So that by the assertions of the Heathen it maye appeare that the office of a King is no paynelesse Province, but altogether obnoxious to the travailes of bodye, and the troubles of mind.
— Anthony Rush, A president for a prince, 1566

…but that it was but one onely sinne, and that the same was in Adam, wherby we are obnoxious and bound unto death and damnation.
— Pietro Martire Vermigli, Most learned and fruitfull commentaries of D. Peter Martir Vermilius Florentine, 1568

For the first few centuries of use this was the most common meaning of obnoxious (although there were other meanings, such as “subject to the authority or power of another”). The meaning commonly found today, “odiously or disgustingly objectionable,” has been in use since the 17th century, but became more common in the 19th; it was common enough then that people began questioning its use. An 1848 article in the Louisville Morning Courier inserted an editorial bravo after quoting someone who had managed to use the word in the ‘exposing to danger’ sense.

”H.K. Lucas is a violent Whig of the Clay school … He is obnoxious [!!!] to the Democratic party in that community” … (we had to express our superlative admiration of the appropriateness of the word “obnoxious!”)
— Louisville Morning Courier (Louisville, KY), 6 May 1848

In the beginning of the 20th century there were still some holdouts who felt that using obnoxious to mean ‘objectionable’ was unseemly. Ambrose Bierce had an entry for the word in his highly opinionated early-20th century usage guide, Write it Right:

Obnoxious for Offensive. Obnoxious means exposed to evil. A soldier in battle is obnoxious to danger.
— Ambrose Bierce, Write it Right; A Little Blacklist of Literary Faults, 1909

The ‘highly offensive’ meaning of obnoxious is now so firmly established that one would be looked at askance for attempting to use it in its original sense. We are sorry to disappoint any of you who were looking forward to the opportunity of writing an angry letter about this word, but given the ever changing nature of our language there will always be new words with new meanings about which you can wax disputatious.