Those Were the Days: On 'Nostalgia'

When missing home was a disease

Nostalgia refers to a longing for how things once were. We get nostalgic for all kinds of things considered fleeting: our grandmother's cooking, the feeling of first love, the crackle of a baseball game on the radio in summer. Or maybe reading an Archie comic that contains all three. 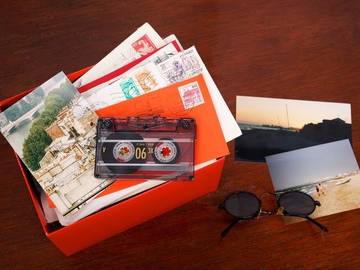 If 'Fast Car' isn't on that tape, what's the point?

Americans love the circus because it has the rare ability to invoke the real memories of one's first childhood visit coupled with the nebulous cultural nostalgia of circus parades, mustachioed ringmasters and the assembled curiosities of a world made wide before one's eyes.
— Newsweek, 19 Dec. 2017

It used to be that the highlight of a trip to Paris or London was the Tuileries or Trafalgar Square. But as cities around the world have been reshaped by writers, artists, foodies, bons vivants and those who emulate them, the humming little enclaves they create are redrawing the travel map. Call it nostalgia for Greenwich Village in the Beat era or the Left Bank of the Jazz Age: tuned-in travelers are seeking out more local precincts.
— Danielle Pergament, The New York Times Style Magazine, Winter 2008

Although we now associate nostalgia with fond memory, the word was coined to refer to an unwanted medical condition. The –algia in nostalgia means "pain"; a product of New Latin, it can be found in more clinical-sounding words such as glossalgia (pain in the tongue), cranialgia (a fancy word for headache), and proctalgia (a literal pain in the behind).

Johannes Hofer (1669–1752) was a Swiss physician who named the condition, which he identified as a mania tied to homesickness in Swiss mercenary soldiers. The nost- in nostalgia means "homecoming," and such sentimental yearning for home during field operations was viewed as a disorder of the brain, with symptoms ranging from melancholy and malnutrition to brain fever and hallucinations.

Nostalgia may be characterized in four words—sadness, sleeplessness, loss of appetite, and weakness. The nostalgic loses his gayety, his energy, and seeks isolation in order to give himself up to the one idea that pursues him, that of his country. He embellishes the memories attached to places where he was brought up, and creates an ideal world where his imagination revels with an obstinate persistence.
— Appleton's Journal, 23 May 1874

Those who received the diagnosis were frequently demeaned, and depending on the case, the treatments available could be cruel and unsympathetic. And even though deaths were attributed to nostalgia, there are indications that it was never well understood in the public consciousness:

Do you know what they say Ma'am Richards died of? " said Yuba Bill to his partner. "The doctor says she died of nostalgia," said Bill. "What blank thing is nostalgia? " asked the other. "Well, it 's a kind o' longin' to go to heaven!" Perhaps he was right.
— Bret Harte, in Tales of the Argonauts: The Writings of Bret Harte Vol. 2, 1896

Discussion of nostalgia as an ailment seemed to fall out of favor by the end of the 19th century, but soon afterward its use to describe a longing for something from the past or far away began to take hold:

I have an idea that some men are born out of their due place. Accident has cast them amid certain surroundings, but they have always a nostalgia for a home they know not. They are strangers in their birthplace, and the leafy lanes they have known from childhood or the populous streets in which they have played, remain but a place of passage.

Now, is anyone else hungry for a madeleine and some tea?