Is the meaning of 'normalization' changing?

It will sometimes happen that a word suddenly appears everywhere. In the wake of the 2016 presidential election, two such words are currently in the ether: the verb normalize and its related noun, normalization.

Why the Art World Must Not Normalize Donald Trump’s Presidency https://t.co/M1z22pzdmU

The Trump effect and the normalization of hate in Quebec https://t.co/qJxN3kBRzN

We're watching for media normalizations/distortions. Help us track phrases that obscure the truth, tweet us what you see/hear: pic.twitter.com/PIzsq3t980

Nancy Friedman has explored in detail the ways critics of Donald Trump have used the term normalization to describe the process of making something normal, as in the tweet above which describes "the normalization of hate." Notably, Senator Harry Reid used the word in his statement on November 11:

Every news piece that breathlessly obsesses over inauguration preparations compounds their fear by normalizing a man who has threatened to tear families apart, who has bragged about sexually assaulting women and who has directed crowds of thousands to intimidate reporters and assault African Americans. Their fear is legitimate and we must refuse to let it fall through the cracks between the fluff pieces.

But Reid isn’t alone. The comedian John Oliver devoted a monologue to the suggestion that Americans resist "the normalization of Donald Trump,” and a recent article in The New Yorker titled "What Normalization Means" reflects in-depth on the mechanisms and reasons behind normalization. In these and similar pieces, the meaning is clear; it's also clearly different from the definition you'll find in our dictionary. 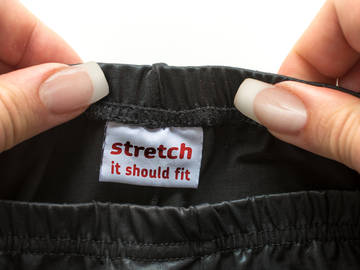 When normalize entered the language, it described a return to normalcy. Normalize and normalization were first used in written English in the mid-1800s, where they were both used in mostly scientific contexts to refer to returning something to a state considered normal. Early citations note that treatment of a disease may “normalize the vital powers” of an organism, or that medication works “toward a normalization of the abnormal function.” Both words were used of systems or organisms that were out of whack. (Normalization is a mass noun, though we do have evidence of it being used on rare occasions as a count noun, like in the On The Media tweet above.)

The combined interest of the whole nation, therefore, and the necessity for a fair wage as between individual labourers, demand that an average of normal achievement in a specified labour-time should be struck; in short, the establishment of a unit or measure of normal work. We must normalize also "according to work."
— Albert Schäffle, The Impossibility of Social Democracy, tr. A. C. Morant, 1892

Anything that...makes the movements of the will resolute, and thus increases the dynamic forced of men, is set down as a blessing and a condition of real gain. The whole plan of the world is such that it is meant evidently to stimulate and normalize the human powers.
— William Bowen, The Memoir of George Tiffany Day, 1876

In each of these cases, the authors intend to regularize something (labor time, or “the human powers”) and smooth out its variables. This sense of finding a new equilibrium continued into the 20th century; soon after World War I, the words normalize and normalization were used to refer to the act of achieving political stability between two nations, and particularly two nations in some sort of conflict or potential conflict:

English opinion considers the normalization of relations with Germany as a factor of utmost importance to European peace and a guarantee against too close contacts of the German right wing with the Soviets.
—Josef Lipski, letter to Alfred Wysocki, 23 Feb. 1931, in Diplomat in Berlin, 1933–1939, 1968

Both words have regular use in technical fields (metallurgy, computer programming, mathematics, and sound engineering), and while the acts that are called normalizing or normalization all vary, they also all hew to the idea of making something conform to a norm or standard.

Recently, however, we’ve been tracking a subtle shift in this particular use. Rather than removing variables and regularizing something to make it conform to an established standard, the new normalize seems rather to shift the standard to make something considered an outlier “normal.” The "normalization of hate," then, is not the removal of extreme and hateful rhetoric or views to fit the mode of modern discourse, but instead the redefinition of modern discourse to allow those extreme views to be considered normal.

If the hue and cry over normalization seems somehow contrived, consider:

Americanness is a sponge, not an ethnicity; normalization is a key part of how it works. It resides in the way that we speak, in the ideas that get refined and reworked and encoded in ordinary words until they seem harmless enough. It’s the ability to fit things into a narrative that flatters our ability to reason. Normalization is the process through which wisdom becomes conventional and utopian ideals slam against questions of feasibility.
—Hua Hsu, New Yorker, 13 Nov. 2016