No, Antidisestablishmentarianism Is Not in the Dictionary

But we'll tell you the real "longest word"

So. What's the longest word in the dictionary?

If you said antidisestablishmentarianism, you're wrong. The longest word in the Merriam-Webster.com dictionary is currently acrylonitrile-butadiene-styrene, which refers to "a tough rigid plastic used especially for automobile parts and building materials," also helpfully known as ABS. 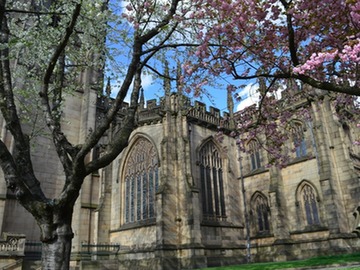 We can't put antidisestablishmentarianism in the dictionary because there's hardly any record of its use as a real word. It's only cited as an example of a long word—which is not the same thing.

We are the kind that like to enter words with meanings. There are three criteria all words must meet in order to be entered into the dictionary: widespread usage, sustained usage, and meaningful usage; that is, evidence that the word is used to refer to something.

But can't we construct a meaning for it? Sure. Based on its component parts, antidisestablishmentarianism would mean something like, "opposition to depriving a legally established state church of its status." Our problem is that we have scant evidence of it being used with that meaning. In our files, which go back over 100 years, we only have three citations for antidisestablishmentarianism used with something like that meaning. Three citations do not constitute "sustained" or "widespread" use.

You could make a case that we should enter antidisestablishmentarianism simply because it's a well-known word. With more widespread, sustained, meaningful use, we will, and then it will be the longest word in the Merriam-Webster.com dictionary.

Unless we enter "supercalifragilisticexpialidocious."