There is a reason why dictionaries tend to split definitions up into different senses. If we didn’t split them, and just listed all the things that a word might mean, you might look up a common word and see the following definition:

What madness is this? What unholy and devilishly complex word could contain such a multitude of meaning?

The word is nice. 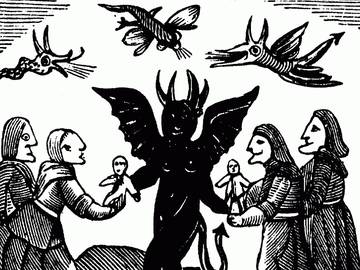 Though 'nice' is used to mean "pleasant," it historically meant "wanton or dissolute." The word's other meanings include both "appropriate" and "inappropriate"—and in "Good Omens: The Nice and Accurate Prophecies of Agnes Nutter, Witch," authors Gaiman & Pratchett note that 'nice' can also mean "exact."

Nice is a splendid example of a word that is highly polysemous, which means that it has multiple meanings. It would be nice if polysemous itself also had multiple meanings, such as “of or relating to slugs,” and “reminiscent of one’s first major disappointment in life,” but alas, this is not the case. However, nice more than picks up the slack.

Nice comes from the Latin word nescius (“ignorant”), which is also the origin of a lesser-known English word, nescience (“ignorance”). The word took a trip from Latin through Old French and Middle English before ending up in Modern English. It is a bit difficult to say with much certainty what the earliest meaning of nice was in Modern English, since by the end of the 14th century there were already a number of different senses of the word.

May we not this day read our sin in our punishment? O what nice and wanton appetites, what curious and itching ears, had thy people in the dayes of plenty?
—John Flavel, Husbandry Spiritualized, 1674

“But Reddy Wheeler knew Daisy. We were properly introduced. It was quite all right!”
“Yes, but nice girls don’t do this sort of thing, you know--unchaperoned, and so late at night, and all that.”
—Fred Jackson, “Young Blood,” Munsey’s Magazine, 1917

It's easy to tell which sense is being used in which instance, in part because nice has not been much used to mean “dissolute” or “wanton” in the last several hundred years. But even with modern senses we generally are able to use context to distinguish between shades of meaning. For instance, one of the following uses of nice would be defined as “demanding or marked by great precision,” and one would be defined as “unpleasant - used ironically.”

The difference is not enough to prove confusing, it is true, but it exists, and in nice measurements would have to be allowed for.
—Electrical World, 16 Sept. 1911

“I give you my word they did not speak to each other during that dinner, nor would Louise stay to the cotillon. Charlie danced it with Frankie. Nice state of affairs, isn’t it?” I felt myself grow weak.
—Lillian Lida Bell, The Love Affairs of an Old Maid, 1893

Oddly enough for a word that has so many possible meanings, and which carries such specificity in a number of its senses, nice is frequently banned by writing teachers. This is due to students' apparent overuse of the word in its “agreeable, pleasant” sense, particularly in situations where another word might be a better fit. "It was a sunny, mild day" is more specific than "It was a nice day," and "Our librarian is funny and patient" tells you more than "Our librarian is nice." Yet nice, like the overwhelming majority of words, is neither good nor evil in and of itself. If an instructor or editor is determined to remove nice from your writing, you can always claim that you're using it in one of these myriad other senses. That would be nice—in some sense of the word.