For the most recent additions to the Dictionary, check out our New Words in April 2020.

New words are a happy fact of life for a living language, and taking careful stock of the words that we use is an important part of the work of dictionary editors. Words can come and go in a language, but those that show staying power and increasing use need to be recorded and described. In other words: they need definitions.

So here they are. In our latest batch of updates, which includes 533 new words and new meanings added to the dictionary (not to mention more than 4000 other revisions to definitions, etymologies, pronunciations, and dates of first known use), we see a cross-section of newly-established vocabulary ranging from the serious to the playful, from the technical to the informal—with a bit of everything in between. 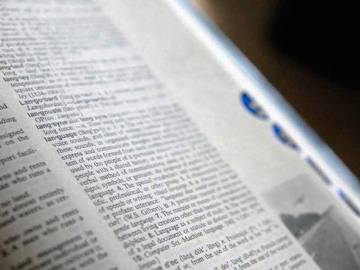 New Words from Politics and Law

Playfulness is always a part of language, and some of the informal words in this batch include inventive truncations, recombinations, and portmanteaus.

New Words from Games and Sports

New Words About Race and Identity

On a more serious note, several new entries are for words that address the complex ways we view ourselves and others and how we all fit in.

New Words from Business and Finance

Language buffs will appreciate a new group of words from the field of linguistics.

Should this list leave you hungry for more words, keep this in mind: if you eat the dictionary, you may get thesaurus throat you’ve ever had. (Oh, we now have an entry for dad joke, too.)

For the previous batch of new words, check out our April 2019 additions.