We Put a Bunch of New Words in the Dictionary

A dictionary is almost like a glossary of life: peek inside and you see descriptions of everything around you. The addition of new words to a dictionary is a step in the continuous process of recording our ever-expanding language.

It’s important to remember that new words are added to the dictionary only when they have already been used by many people—often initially by specialists or subcultures. Then, gradually, a word’s use spreads to the rest of us. Every word moves at its own pace; there is no average speed for a word’s acceptance into the language, the culture, and the dictionary. The dictionary’s job is to report that usage as it enters the general vocabulary. For each reader, some of the new words inevitably seem already familiar, but others will be encountered for the first time in an announcement like this—which probably means we’re doing it just about right. 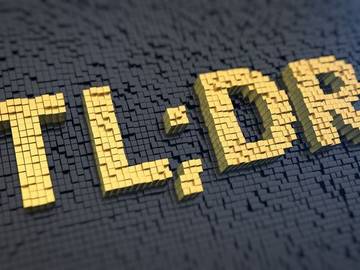 Unsurprisingly, words from digital technology are an important part of the new list. Also unsurprisingly, the evolution of our technology is expressed in these terms: we are no longer naming our devices and programs, we’re talking about what we do with them, and what they do for us. Predictive text has changed the way that we send messages, and haptics, or the science of touch, is behind the vibration of a smartphone in response to your finger, which might be switching the phone to airplane mode, or choosing to force quit an app so that we can restart and begin Instagramming again. And some new technological terms are more focused on the future than the present, such as biohacking and fintech.

The tendency to use abbreviated forms in casual speech and writing is well documented in this release of new words, with entries for marg (short for margarita), fav, bougie (a disparaging substitute for bourgeois), and ribbie (a spelling based on the way RBI is pronounced by some baseball commentators and fans). Also, you might think that it’s adorbs that some rando likes zuke along with avo in his guac.

Words about food and eating continue to be the largest source of foreign borrowings into English, with recent new additions including iftar, the meal taken by Muslims at sundown to break the daily fast during Ramadan, gochujang, a Korean chili paste, and mise en place, the French term used in restaurants for the positioning of ingredients in the kitchen before cooking.

If beer is more your thing, you might be a hophead heading to a brewery to taste a flight. Blended words, sometimes called portmanteau words, are also in the new list: a dish of zoodles and a mocktail might improve your mood if you’re hangry.

There are also serious words that are an indication of terms that have been increasingly used in recent years, reflecting societal problems and struggles of many kinds, like food bank, tent city, and self-harm.

Recent terms for identities are here, too, like Generation Z for people born in the late 1990s and early 2000s and Latinx, a gender-neutral alternative to Latina and Latino.

If the above hasn't already made this abundantly clear the TL;DR of all this is that the dictionary can also be a bingeable time suck with a lot to say about life itself.