Just as the English language constantly grows, so does the dictionary. More than one thousand new words have been added, including terms from recent advances in science, borrowings from foreign languages, and words from tech, medicine, pop culture, sports, and everything in between. This is a significant addition to our online dictionary, reflecting the breadth of English vocabulary and the speed with which we seek information. These new entries also highlight the old-fashioned skill of crafting useful and readable definitions that require the expertise and experience of our unique staff. 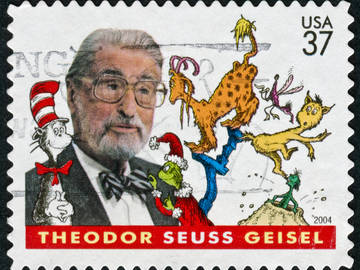 'Seussian' ("of, relating to, or suggestive of the works of Dr. Seuss") is now in the dictionary, along with 'conlang' ("an invented language"), 'face-palm' ("to cover one's face with the hand as an expression of embarrassment"), and 'prosopagnosia' ("an inability to recognize faces").

The work of revision is ongoing and constant; even though it seems that the latest slang gets the most attention when dictionaries issue lists of new words, the additions come from the whole range of registers and from every corner of the language. These are words that have demonstrated frequent and increasing use in a variety of sources, and are therefore likely to be encountered by a reader—and should be in the dictionary. In some cases, terms have been observed for years and are finally being added; in others, the fast rise and broad acceptance of a term has made for a quicker journey.

For example, we now see that new tech terms are more about what we do with technology—how it is managed, deployed, and organized—than giving a name to the technology itself; hence terms such as net neutrality, abandonware, and botnet. Our devices, apps, and programs allow us to binge-watch, photobomb, and ghost someone. Things we read online might be NSFW listicles; things we post online might be humblebrags. Some of these terms came into use in the past decade, and none are more than twenty years old.

From sports we get the verb airball as well as up-fake and five-hole.

From medicine: supercentenarian, EpiPen, and urgent care. And from other sciences we have CRISPR, phytoremediation, and microbiome. Prosopagnosia, sometimes called "face blindness," is a neurological condition that has only relatively recently been the subject of study. The late neuroscientist Oliver Sacks, who suffered from the condition, wrote illuminatingly about its causes and effects. The term itself dates to 1950 and comes from the Greek words prósōpon (“face, mask, person”) and agnosia (“ignorance”).

New words from the ever-expanding vocabulary of cooking and food include arancini, EVOO, and macaron, as well as sharp tools of the kitchen santoku and chef’s knife. The adjective artisanal now has an expanded entry.

Political terms include town hall and truther as well as SCOTUS and FLOTUS.

Fun words for language lovers include conlang (a constructed language, like Elvish, Klingon, and Dothraki), Seussian, and snollygoster (“a shrewd, unprincipled person”), which has the unusual distinction of being a word returning to the dictionary. Snollygoster was dropped from our Collegiate dictionary in 2003 because it had fallen nearly completely from use; its frequent use by conservative pundit Bill O’Reilly sent people to the dictionary to find it over and over in recent years, and demonstrated that the word still has a place in the American lexicon. Its origins have a political context: it was used in the name-calling politics of 19th-century America.

Familiar words combine to give us metaphors or imagery like train wreck, side-eye, and weak sauce. As for verbs, we can ride shotgun, walk back an opinion, throw shade, face-palm, and geek out with new dictionary entries. Other new compound terms are much more serious, like food insecure.

All of these words have been observed, collected, and researched, with many examples in context used to write definitions that explain both basic meanings and specific usage. A recent sense of agnostic has been defined as “not preferring a particular device or system” and “designed to be compatible with different devices (such as computers or smartphones) or operating systems,” since “platform agnostic” can refer either to a user or a program. The verb boo-hoo adds the note “especially in mocking imitation of another’s tears, complaints, unhappiness, etc.” to the definition.

Take a look at these words and a sampling of other new entries, listed below. They represent a continuing record of our evolving language—and we’re already at work on the next batch. Yowza!