We Added New Words to the Dictionary in April 2019

For the most recent additions to the Dictionary, check out our New Words in September 2019.

The English language never sleeps, and neither does the dictionary. The work of revising a dictionary is constant, and it mirrors the culture’s need to make sense of the world with words. There are always new things to be named and new uses for existing words to be explained. A release of new words is also a map of the workings of a dictionary—you get to see what we’ve been up to—and of how words from different contexts come to reside in the same place.

It all begins, in each case, with evidence of words in use. Each word follows its own path at its own pace before its use is widespread enough to be included in a dictionary. We watch as words move from specialized contexts to more general use and we make citations for each word in order to draft our definitions. This means, in other words, that we have the receipts (in a manner of speaking). 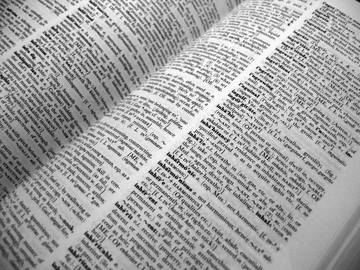 New meanings of existing words make for a particularly fascinating category—we seem to watch the language change before our eyes as we record these senses.

Compound terms are those made up of two or more words that have become lexicalized and are no longer self-explanatory—so they need their own definitions.

New Words from Science and Medicine

Evolution in the way business is conducted and described brings us new business and economic words including:

Entertainment contexts also produce new words that have made it into our dictionary.

A release of new entries is a chance to take stock of how our language is growing as well as a moment for true word lovers to stan for favorite new words—and to learn more about them, today is definitely not the time to unplug.

Want to go back further? See an older group of new words added to the Dictionary here: September 2018 New Words