To mention approvingly by name

Sometimes a check is just a check. An examination, an investigation, an inspection. In recent years, a specific kind of check has entered the language: the name check. Originally it had a transparent meaning, used by government agencies to verify a person’s official or legal identity:

a routine name check by the FBI

officials have had to run cumbersome name checks 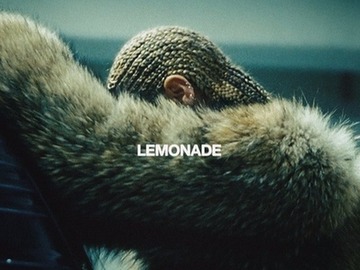 "The song may name-check Texas, but it also features a hint of Louisianan zydeco," the writer Kara Brown wrote of 'Daddy Lessons' on Beyonce's new album, Lemonade. To 'name check' something is to publicly mention or acknowledge it.

Over time, it has also come to mean something else: “a public mention or acknowledgment by name.” This meaning seems most frequent in literary or musical contexts, and it’s usually used for a mention that is approving or appreciative. It’s not the same thing as name-dropping, defined as “the practice of seeking to impress others by studied but apparently casual mention of prominent or powerful persons as friends or associates.” The name check seems to be understood to honor the person whose name is mentioned, which turns name-dropping inside out:

Pop icons gets a good rattle; Madonna and Michael Jackson get casual name checks in the same manner that rebellious young bands might in attacking the mega star establishment: that U2 can do so with credibility while easily in the same earnings league is as good an indicator as any that they have managed to remain just outside of that sphere.
–Robin Greer, “Pop Goes a New Album,” Belfast News Letter, 8 March 1997

"What amazes me is that a theater critic will talk about the blocking of a scene," says Trask, 32, "and a rock critic will notice LaVern Baker [the great R&B songstress gets a name check in "Wig in a Box"].
–David Fricke, “Sex & Drag & Rock & Roll,” Rolling Stone, 1 December 1998

Unsurprisingly, it didn’t take long for name check to become a verb. The fact that it’s sometimes styled as two words, sometimes hyphenated, and sometimes as one word shows that it’s in its early stages of development:

There aren't many rappers out there who name check the artist Jeff Koons, composer John Cage and proclaim a bit later in that song that he's iller than the "Iliad" and boasts "I'm an A-plus ultra, a B-plus culture."
–Ken Tucker, "Fresh Air," NPR, 12 December 2002

An acknowledgement by name can be an earnest tribute just as it can be a boost to prestige, an advertisement, or a very public way to reveal a personal relationship. Maybe we shouldn't be surprised that this word has emerged in the past twenty years, as we have moved from a culture obsessed with celebrity to one that provides everyone a platform that formerly was the privileged apparatus of fame.