For the mother who has everything

Mother’s Day is now just over a century old. The holiday began to be observed in Grafton (West Virginia) and Philadelphia in 1908, and was formalized as by Congress in 1914. Although in early years Mother’s Day was a religious holiday, it has since become commercialized, as evidenced by the profusion of gifts and cards that are given each year. If you would like to rebel against the crassness of bequeathing your mother a bundle of overpriced and wilting flowers—or if you forgot to get her anything—Merriam-Webster has the perfect last-minute present for you. Give the gift of obscure words to the woman who brought you into this world. 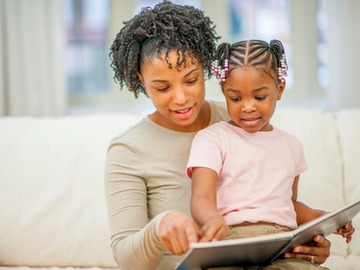 'Matrisate' is an obscure word from the 1700s which means "to imitate the mother."

The English language has an abundance of words which, while not in common use, are just right for this particular day. Antipelargy, for instance, which was defined by the 17th century lexicographer Thomas Blount as "the reciprocal love of children to their Parents," and also, more generally, "any requital or mutual kindness." Nathan Bailey included this word in his 1727 Universal Etymological English Dictionary, although he added that it was "especially a Child’s Nourishing a Parent in old age." In a similar vein we have the words philoprogeneity and philoprogenitiveness, both of which are defined as "love of offspring."

Bailey’s 1727 dictionary also included the verb matrisate, which has largely fallen into disuse and which he defined as "to imitate the Mother." And while it’s not quite an antonym, it should be pointed out that the English language also has a word that is defined as "the fancied production of an organism altogether and permanently unlike the parent" (it’s xenogenesis, for those ingrates who want to accurately describe the condition of having not taken after their parents).

For those who are simply looking for another word for mother, preferably one that does not begin with the letter M, there is genetrix. This splendid word, (which is genetrices in the plural) comes from the Latin gignere, meaning "to beget."

Finally, the last word in this carnival of obscurities is one which applies in equal measure to the words listed above, the mothers they describe, and the holiday of Mother’s Day itself: matricentric, "gravitating toward or centered upon the mother."

This Sunday, skip the bouquet of gas station carnations, and instead give your mother a gift that shows you really care: a garland of words not well known.