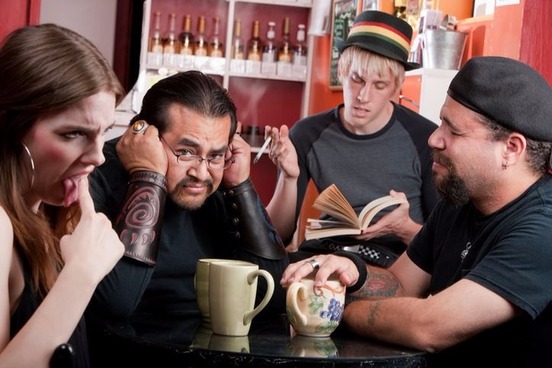 : a writer of light or inferior verse

The teacher is Nira (Sarit Larry), a woman with a warm professional manner and pleasant, ordinary middle-class life. She has a son in the army, a daughter in high school and a devoted husband (Lior Raz) with a decent government job. As a hobby — or perhaps as a vehicle for unexpressed ambitions and frustrated desires — she attends a poetry workshop with other amateur versifiers.
— A. O. Scott, The New York Times, 30 July 2015

A versifier originally meant any poet, and to this day it's still used without slighting intent. To versify meant to write any verse, and then later, to write a treatment of something (such as tragedy) in verse form. The –ify ending to versify comes from Latin versificāre--ficāre is from facere, "to make"--and echoes other verbs of conversion, such as modify, amplify, or simplify. Occasionally this ending is used to inflate a verb with importance, such as in speechify to mean "to give a speech."

That might have been part of the reason behind the pejorative sense that versifier acquired by the time John Milton wrote, in 1642, "Rather nice and humerous in what was tolerable, then patient to read every drawling versifier." 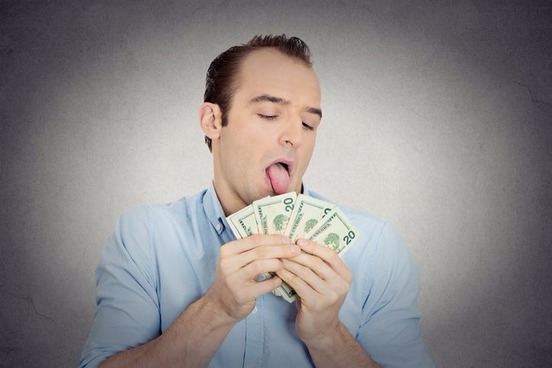 : a lawyer whose methods are petty, underhanded, or disreputable

[Henry] Ford thought that the patent system should be abolished, because, he said, it "produces parasites, men who are willing to lay back on their oars and do nothing," and because patents afford "opportunities for little minds, directed by others more cunning, to usurp the gains of genuine inventors -- for pettifoggers to gain a strategic advantage over honest men, and, under a smug protest of righteousness, work up a hold-up game in the most approved fashion."
— John Seabrook, The New Yorker, 11 Jan. 1993

The "petti-" in pettifogger is an alteration of petty, a word that has traditionally described someone who is disreputable and small-minded. Where we get fogger is less clear; it may come from Fugger, the name of a successful family of 15th- and 16th-century German merchants and financiers. Variations of the name were used for people who sought their money dishonestly; in its application to lawyers, starting in the 16th century, it described one who quibbled over petty details for a fee. 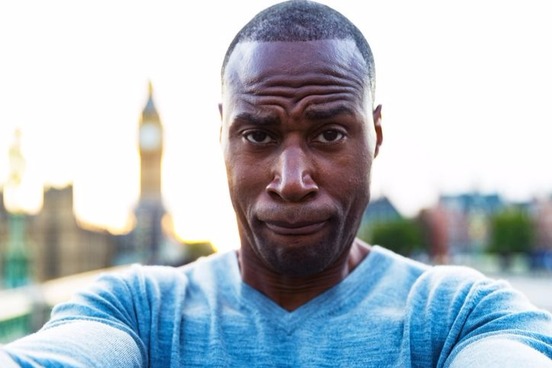 : a showy performer; especially :an actor performing in an exaggerated theatrical style

Nobody -- outside of, maybe, the late Robin Williams -- brings as much energy to a character as Lithgow does. That’s why it’s so fun to watch him work. He such a ham that you tend to miss him when he’s not on the screen.
— Jeff Korbelik, The Lincoln Journal Star, 13 Mar. 2017

As our example shows, some people like hams and the excessive theatricality that such performers bring. But to others, the overplaying of scenes can spoil the show. The original word for an actor of low ability is hamfatter, a term originating from "The Ham-Fat Man," a 19th century minstrel song. This is also the source of the ham in ham radio, as well as the verb phrase ham it up. 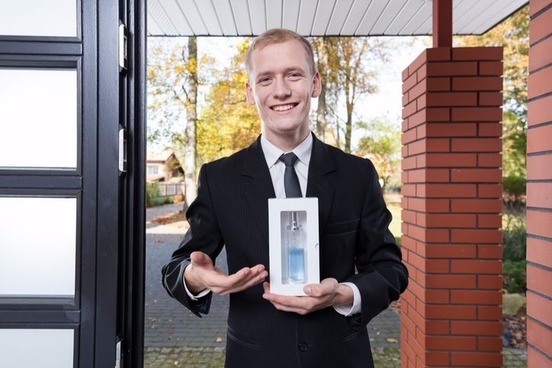 :hawker, peddler; especially :one who sells or advertises something in an aggressive, dishonest, or annoying way

The giant was sold to a group of businessmen and went on tour. Eventually, its popularity attracted the attention of the age’s greatest huckster, P.T. Barnum. After the businessmen wouldn’t sell him their stony cash cow, Barnum created a replica and began showing it as the real thing.
— Kat Eschner, Smithsonian.com, 16 Oct. 2017

Huckster derives from a Middle Dutch word, hokester, from a verb meaning "to peddle." Originally referring to any salesperson, huckster took on a sense as a term of reproach by the 15th century by virtue of its association with those who will sell anything to anyone to make a quick buck. The –ster ending can be found in other nouns such as songster, prankster, and punster, all of which describe a person who traffics in a certain thing. 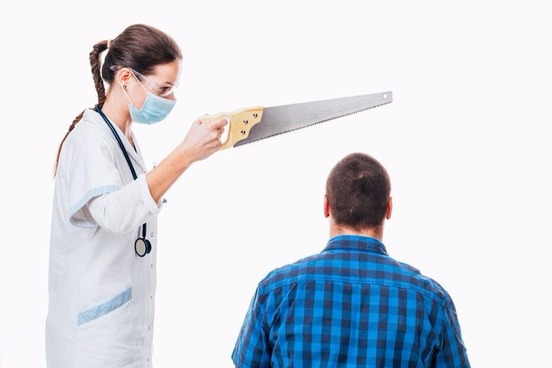 : a physician or surgeon

Surgeon Colin Farrell, wife Nicole Kidman and their two kids are nightmarishly stalked by a youth (Barry Keoghan) whose dad died, he claims, under Farrell’s drunken knife. The youth casts a spell: paralysis, illness, perhaps even death will sweep across the clan, until the guilty sawbones sacrifices one member.
— Nigel Andrews, The Financial Times, 1 Nov. 2017

Sawbones cut its teeth in Charles Dickens's 1837 novel The Pickwick Papers, when Sam Weller says to Mr. Pickwick, "Don't you know what a sawbones is, sir? . . . I thought everybody know'd as a sawbones was a surgeon." Technically speaking, there's nothing inaccurate about the word; surgical saws are used to perform amputations as they were in Dickens' day. But the humorous use of the term, even when applied to non-surgical doctors, suggests one who might be overzealous to amputate before ruling out less drastic treatment options. 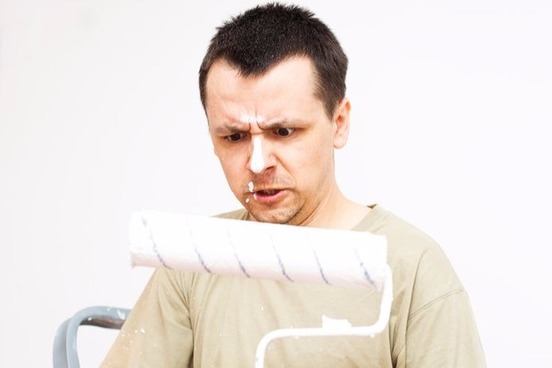 His wrath against this upstart artist who secretly entertained his sister in his studio grew with the minutes. It would be his privilege very shortly to read that scrubby dauber a lesson in deportment which he would remember.
— P. G. Wodehouse, The Coming of Bill, 1919

The verb daub, derived via Middle English from the Anglo-French dauber, connotes a sloppy application of material to a surface, and in particular colors or paint. In older times, a dauber was one who applied plaster or mortar to walls; it also meant one who flatters another insincerely. 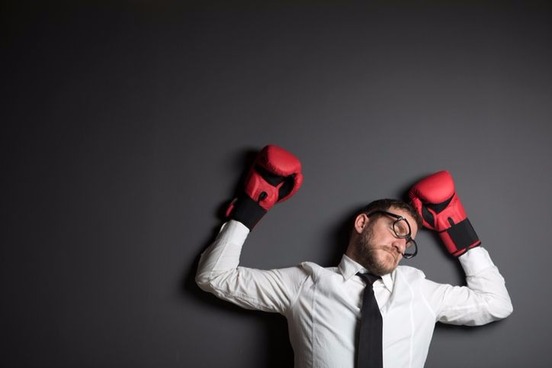 : a punch-drunk, clumsy, or inept boxer

How does a stumblebum wind up fighting for a championship? I used to be a fighter. It don’t happen. It’s a fairy tale done for grown-ups.
— Burt Young, in Philadelphia Magazine, 3 Dec. 2016

A stumblebum can be any clumsy person, and that's how Ernest Hemingway, credited by many with coining the word, used stumblebum in 1932. Interestingly, Hemingway was using stumblebum as part of a translation for another word, mamarracho, an "insult directed at [a] deficient bullfighter." The boxing usage came around a few years later. 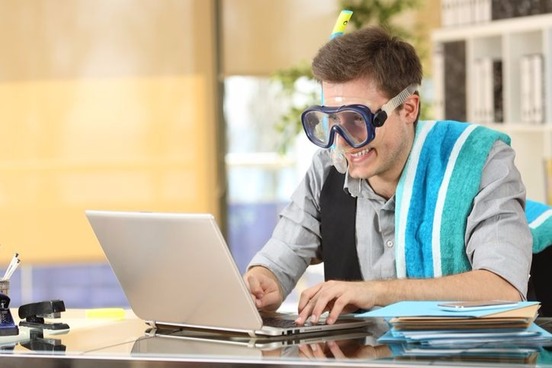 : a person who works solely for mercenary reasons : hireling; also: a writer who works on order

Behn only lived until 1689, and her work provided a path for other female playwrights like Catherine Trotter, Mary Fix and Susannah Centlivre. … She was dismissed as a hack by critics, including 18th-century poet Alexander Pope, and called outrageous for her frank treatment of sex and relationships.
— Lorraine Boissoneault, Smithsonian.com, 13 June 2017

The disparaging use of hack to describe a writer might conjure images of a writer idly "hacking" away at a typewriter, but hack comes from an entirely different occupation: cab driver. That's because hack is short for hackney, a word once used for the horse-pulled coaches hired out for getting around London and other cities. The word's use eventually spread to other fields, and now carries the insinuation that the work is produced to fulfill an assignment and not expected to be original or risk-taking.