Microaggression: A Not So Subtle Growth in Usage

We have been referring to offensive actions as aggressions for more than four centuries. The word first referred to military attacks, and by the 20th century its meaning had expanded to include non-martial behavior. Now at the start of the 21st century, the meaning of aggression is changing again through the addition of a prefix: micro-.

Microaggression—which refers to a comment or action that is subtly and often unintentionally hostile or demeaning to a member of a minority or marginalized group—has seen a decided increase in usage over the past several years, though the word is at least 45 years old. 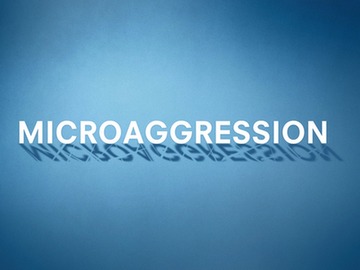 First used in the 1970s, the word has seen a recent surge in popularity.

The first known written use of microaggression comes from January 1st of 1970, when the word appeared in the scholarly journal Universitas, in an article written by W. Hallermann (Reports on Crimes of Aggression):

“Between the first and second, I should insert those forms of microaggression such as squabbling, mocking irony, didactic arrogance, authoritative presumption, and so on.”

Although the phrases "mocking irony," "didactic arrogance," and "authoritative presumption" all might relate strongly to the modern-day concept of microaggressions, the article written by Hallermann did not concern itself with issues of bias.

Later that same year, microaggression began to be used by the man who is generally credited with having coined it, Dr. Chester M. Pierce, a professor of psychiatry at Harvard University. He wrote the following in The Black Seventies, a collection of essays:

“Hence, the therapist is obliged to pose the idea that offensive mechanisms are usually a micro-aggression, as opposed to a gross, dramatic, obvious macro-aggression such as lynching.”

Pierce was using microaggression to refer to what he called an "offensive mechanism," one that was specifically motivated by race. In a November of 1970 article in The Journal of the National Medical Association, Pierce wrote “Every black must recognize the offensive mechanisms used by the collective white society, usually by means of cumulative pro-racist microaggressions, which keep him psychologically accepting of the disenfranchised state.”

Most of the early 1970s uses of microaggression are either by Pierce or by other academics who are referencing him; Hallermann’s near-simultaneous use of the word does not seem to have gained any traction. This would appear to be one of those unlikely events where a word is coined almost simultaneously by two different people. If we had to grant credit to one or the other for having ‘invented’ the word it is almost certain that Pierce is the one who first used the word that is now being regularly employed.

The meaning of microaggression began to broaden later in the 1970s, and to be applied to offensive mechanisms motivated by something other than race. Pierce himself used it to refer to injurious behavior directed by adults toward children, and other academics employed it soon after to refer to similar treatment of people based on gender or sexuality.

Microaggression has shifted from academic jargon to common parlance only in recent years. It has not done so without some measure of controversy, which is not uncommon for words which deal with subjects that make people uncomfortable. Dictionaries do not pass judgment on the words they define; if enough people are using a particular word to mean a particular thing it will be viewed as a word that should be defined. Microaggression, about which there are a number of blogs, numerous articles, and seemingly innumerable tweets, certainly appears to meet these criteria.