One of the peculiarities of language is the manner in which a word will twist and shift over time, eventually coming to mean something that is very different than what it did previously. In some cases, such as secretary (the earliest meaning of which was "one entrusted with the secrets or confidences of a superior") we can see how a word might have gone from point A to point B, and the change in meaning seems fairly logical. Other times, the current meaning held by a word seems to defy reason. Mickey Mouse, for instance. 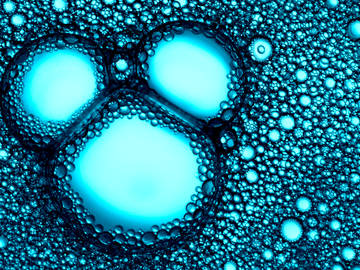 Mickey Mouse appears where you least expect him.

We provide three adjectival senses for Mickey Mouse (which are independent of its use as the actual name of the character), and none of them are terribly complimentary:

One may have uncomplimentary feelings about Mickey Mouse in a variety of ways and still find it peculiar that his name has become synonymous with "small-time." In fact, one of the more common complaints about Mickey Mouse is that he (and the company that produces him, Walt Disney) are much larger, effective, and important than some people would like.

Mickey Mouse (the animated character, not the word) was introduced to the public in 1928, in the cartoon short Steamboat Willie. Language can change slowly, or it can change quickly, and in this case, it opted for the latter, as the mouse's name was already being used in a highly figurative fashion by the beginning of the 1930s.

The earliest figurative sense appears to have been the one relating to "ineffective," but soon after the name began to be applied to music as well.

But the only ones I've heard who admit they are absorbed in "musical trade-marks" (otherwise known as "mickey mouse" music) and in other completely commercial devices are such men as Clyde McCoy who are so obviously corny that they find it worth while to admit it—like a funny looking gent who points out his defects and becomes a comedian.
—Bill Gottlieb, The Washington Post, 9 Apr. 1942

Cafe Flamman plays none of what is known to musicians as "Mickey Mouse Music." He hasn't a Guy Lombardo, Sammy Kaye or Kay Keyser in his entire collection.
—The Monitor (McAllen, TX), 9 Oct. 1946

The word is often found modifying a particular noun; Mickey Mouse operation has been a common string of words since the middle of the 20th century:

With the lack of networking facilities between N. Y. and St. Paul, NBC for the present is restricted to feeding KSTP-TV with only film, or scripts for live shows. Web, consequently, has been termed a "Mickey Mouse" operation by its competitors.
—Variety, 24 Mar. 1948

An advertisement for auto salesmen from 1957 may represent a variant meaning (complimentary), or may simply have been a mistake on the part of the advertiser.

Although the sense meaning "annoyingly petty" is perhaps the least common of the ones listed above, we still find it in fairly common usage, especially when referring to things such as regulations.

To some, Staff Sgt. Aaron Driver is a truth-teller, laying out the hard realities of the toll everything from repeated deployments to Mickey Mouse regulations have taken on rank-and-file airmen and their families.
—Air Force Times (Springfield, VA), 19 May, 2014

To put a stop to the new sin of spending too much time out on Highway 9, we are getting the mark-up hearings this week in Washington for the Waxman-Markey climate bill. It's 900 pages long, dripping with thousands of Mickey-Mouse rules to reorder how we live.
—Daniel Henninger, The Wall Street Journal, 29 May, 2009

Our records indicate that the use of Mickey Mouse, when depreciatingly referring to the size or effectiveness of a thing, was exported successfully to a number of other countries, and is very much in current usage.

How long before they publicly whine about how much their turnover has dropped because of the disruption caused by the construction of a Mickey Mouse tram line of just 2.5 kilometres?
—Newcastle Herald (Newcastle, NSW), 7 Jul 2017

Leeds Bradford Airport will never be a true international airport with such a Mickey Mouse approach to the needs of travellers, when only a short distance away is the efficient Manchester Airport with all its benefits like a rail link direct to the airport.
—The Yorkshire Post, (Leeds, UK), 3 Jul. 2017

Rounding on Ms Yacub, he told her: “You are not British” and accused her of having a “Mickey Mouse” passport.
—John Twomey, Express (London, UK), 20 Jun. 2017