Prepare yourself—this article will get meta. Used in a range of disciplines, meta takes pains to distance itself from whatever it is prefixing and to look at subjects from an entirely fresh perspective.

For example, we have physics, the science of physical things like matter and energy and how they interact. Then we have metaphysics, defined as the part of philosophy that is concerned with the basic causes and nature of things. What is metaphysical, in essence, goes far beyond what is physical. That meaning of metaphysics is credited to Aristotle, who used the term as the title of a 6th-century work. 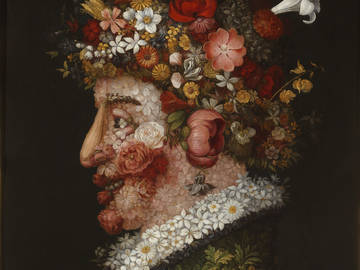 In its most basic use, 'meta-' describes a subject in a way that transcends its original limits, considering the subject itself as an object of reflection.

The word meta is Greek and means "among, with, after," but we can thank New Latin, the language of scientific nomenclature, for its use prefixing the names of certain disciplines. In its most basic use, meta- describes a subject in a way that transcends its original limits, considering the subject itself as an object of reflection.

Consequently, metatheory is theory about theory; metacriticism is criticism about how we critique a work of art; metafiction is fiction in which the author takes steps to acknowledge the artifice of fiction writing. And metadata is data that helps you further analyze other data—for example, the number of surveys that were taken on a given subject.

So many things, in fact, can be viewed through the lens of self-reference that meta has taken on its own identity as an adjective.

The meta gift of the year: a picture of a lamp that actually lights up. Designer Finn Magee's trompe l'oeil is printed on plastic, embedded with electronics, and equipped with a cord and switch.
— Karissa Bell et al., Wired, December 2012

A lamp that lights up would not be notable on its own. But a picture of a lamp that itself lights up is notable because it is distanced from the lamp while still making a witty comment on what lamps do—that is, light up. That ironic detachment, the coy reference to the idea of lamps and lighting up is the essence of meta.

The idea of meta as encapsulated by the adjective is a relatively new phenomenon—and in what may be one of the most meta things that can occur in lexicography, we here at the ol' word factory might have had something to do with it.

In 1988, the journalist Noam Cohen wrote an article for The New Republic titled "Meta-Musings," in which he contemplated the increasing frequency of meta- as a prefix. Cohen quoted David Justice, at the time Merriam-Webster's editor in charge of pronunciation and etymology, who predicted that meta could follow retro as a prefix that developed its own meaning as a standalone word, offering the example, "Wow, this sentence is so meta."

Justice's prediction was an extremely rare instance of a lexicographer predicting the future. Less than 30 years after that interview, meta has indeed gone on to serve a standalone function as an adjective for anything that seems to refer to itself with an ironic detachment:

Boney was peering into the bathroom, halting me and Gilpin in the hallway. "The Bar?" she said. "I know the place. Been meaning to drop by. Love the name. Very meta."
— Gillian Flynn, Gone Girl, 2012

Charlie Hebdo was—will be again, let us hope—a satirical journal of a kind these days found in France almost alone. Not at all meta or ironic, like The Onion, …or a place for political gossip, like the Paris weekly Le Canard Enchaîné‚ or London's Private Eye, it kept alive the nineteenth-century style of direct, high-spirited, and extremely outrageous caricature…
— Adam Gopnik, The New Yorker, 19 Jan. 2015

At 7:45 A.M. on June 4, Steven Johnson sent a tweet to his more than 500,000 followers on Twitter, informing them that he had written this week's cover story about how Twitter is changing the way society communicates. That tweet is also this week's cover image. I know this is all a bit meta and like trying to capture digital lightning in a jar, but we thought it was a way of illustrating how new platforms and social networks are changing the way we communicate and live.
— Time, 15 June 2009

... A new comedy about fantasy football, which follows a group of armchair quarterbacks as they try to tackle life. How meta would it be if people started betting on what was going to happen on the show?
— TV Guide, 26 Oct.-1 Nov. 2009

Meta even sees some use as a noun:

And so, arriving 11 years, seven Saws, four Scary Movies, two Rings, and one Shawn of the Dead after Scream 3, the fourth installment (marketed as a hip "reboot" rather than an average "sequel") responds not with quality logic but with a massive quantity of amusing, winky meta.
— Lisa Schwarzbaum, Entertainment Weekly, 22 Apr. 2011

The rise of meta might be a wry bit of meta-commentary itself on the self-referential and multiplicative nature of the Internet. Would a reference book that lists other dictionaries, instead of words, be a meta-dictionary? It blows our minds just to think about it.