'Memento’: Something to Remember the Moment

In case you need a reminder.

The Zamors, brother and sister and longtime business partners, held back tears as they shared hugs and handshakes with their loyal guests shuffling, luggage in hand, out the door. “We’ll miss you guys,” they told the Zamors over and over. Some kept their room keys as a memento.
— Liz Sawyer, The Minneapolis Star Tribune, 29 Mar. 2018 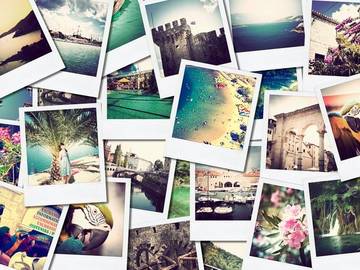 Most usage guides consider 'momento' an error, but it's been included as a variant in a number of dictionaries.

Memento comes from Latin, where it is the imperative form of meminisse, a Latin verb that literally means "to remember." The term memento mori, meaning something that is a reminder of death, literally means “remember that you must die.” Not coincidentally, the mem- sequence found in memento can be found as well in memory and remember.

A term we closely associate with memento is souvenir. A memento can be the foul ball you caught at a baseball game, or your grandfather’s letters home from the war. Quite often, we associate mementos with particular episodes from our past, which is probably why we sometimes encounter the spelling momento.

It’s easy to think that memento should be spelled momento. After all, we take photographs and keep things like a child’s first tooth or a matchbook from a restaurant to remember the moments associated with them. Adding to the confusion, momento is the word for “moment” in Spanish and Italian.

So it shouldn’t be surprising that momento turns up on occasion as a spelling for memento:

And who said meeting on Tinder isn't romantic, anyway? Juarez thinks it can be incredibly romantic. She often suggests to clients who've met someone online that they take a screenshot of their first messages, because those will be a momento of your relationship down the road.
— Refinery29.com, 16 Aug. 2018

Alene Day won't take photos with the celebrities she works with but if they leave behind a set list of the music they performed, she'll hang onto that as a momento.
— The Louisville Courier-Journal, 20 Sept. 2018

Generally speaking, most usage experts consider momento to be an error. But it’s been included in a number of dictionaries over the years, including the OED, which cites use in writings by Nathanael West and Dylan Thomas. So, as always in these situations, take a moment to decide if it’s a spelling you want to use in your own writing.