This is kind of a Big Deal

Language: how does it work? And how do you remember the difference between such similar-looking words as magnet and magnate? 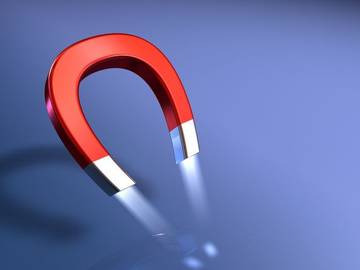 A magnate is defined as “a person of rank, power, influence, or distinction often in a specified area.”

New York real estate magnate Charles Kushner has fessed up to pressuring his son, White House senior adviser Jared Kushner, into purchasing the Manhattan skyscraper at 666 Fifth Avenue that has diminished the scion's business credibility and mired him in millions of dollars of debt.
— Quint Forgey, Politico, 24 Apr. 2018

The origin of magnate is straightforward: it comes via the Middle English plural magnates from the Latin magnus, meaning “large” or “great.” A steel magnate is a large or great presence in that industry; Elon Musk is often called a tech magnate.

Magnus is a root word that finds its way into many English words, including magnanimous (“showing or suggesting a lofty and courageous spirit” or “showing or suggesting nobility of feeling and generosity of mind”), magnitude (“great size or extent”), and magnificent (“marked by stately grandeur and lavishness” or “exceptionally fine”).

Magnate looks like magnet, and while a magnate might have a magnetic personality (or think he does), the two words are not related.

A magnet, of course, is a body with the property of attracting iron. The Ancient Greeks used the term magnēs lithos for strange minerals with attractive properties. Magnēs lithos means “stone of Magnesia”—Magnesia being a city in Asia Minor named for the Greek tribe that settled the area.

In its figurative use, magnet describes a thing or place to which a lot of people are attracted:

The sentiment is easy to understand, for these are good times in Washington and the seven counties that surround it. Even as the nation struggles, the capital has prospered, making it a magnet for young hipsters but leaving its residents with only a tentative understanding of how the rest of the country lives.
— Andrew Ferguson, Time, 28 May 2012

Some magnates might think of themselves as figurative magnets (say, for controversy), but the meanings of the two words are distinct. That doesn’t prevent one word from getting confused with the other once in a while:

Jackson and her husband, Qatari real estate magnet Wissam Al Mana, 42, have kept a low profile since they quietly married in 2012 and have remained resolutely out of the spotlight since Eissa’s birth.
— People.com, 27 Jan. 2017

Once some habits stick, it's hard to pull them apart.