Is there a difference between ‘long’ and ‘lengthy?’

When some things just go on and on.

When we measure a three-dimensional object, we usually speak of it in terms of length, width, and depth (or sometimes height). There are adjectives that correspond with each of these three nouns: long, wide, and deep (or high). A swimming pool, for instance, might be 70 feet long by 30 feet wide by four feet deep.

But there’s another adjective that can be paired with length: that is lengthy, formed by appending to length the suffix –y as found in such adjectives as risky and grainy. 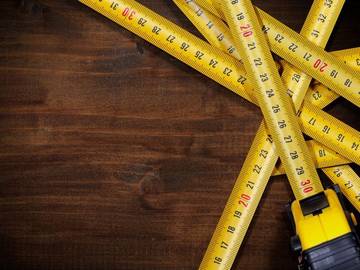 So what’s the difference between long and lengthy? One way to answer that is to consider the kinds of things you might hear described as long: you might have long hair or walk along a long corridor, or you might read a long essay or listen to a long guitar solo. Long works for physical length as well as duration.

Still, Walker hopes it's only the beginning of a long career in the majors; a mere stepping stone on an epic journey that has spanned 11 years and three different continents.
— Sam Bruce, ESPN.com, 5 July 2018

Now think of the kinds of things you might hear described as lengthy: a person might pass away after a lengthy illness; one might endure a lengthy legal battle or lengthy recuperation after an injury, or you might sit through a lengthy delay at the airport.

Also attached is a lengthy Spanish-language questionnaire from the U.S. Office of Refugee Resettlement, requesting various forms of identification as well as financial and medical information.
— The Los Angeles Times, 10 July 2018

There’s a negative connotation attached to lengthy, and that’s because lengthy suggests an excess of duration or content that leaves one feeling that one has heard or been through too much. You would be less likely to describe your vacation or a nap as lengthy, even if they lasted longer than your average vacation or nap. You would promise a professional athlete a long rather than a lengthy career, on the assumption that the athlete would prefer it to last and be productive and not just be waiting it out until he or she retires.

Early British commentators dismissed lengthy as an Americanism. The grammarian H. W. Fowler wrote of lengthy that it was “sometimes used as a jocular of styling synonym for long but more commonly and more usefully as implying tediousness as well as length.” Ambrose Bierce rejected lengthy as “no better than breadthy, or thicknessy.”

Lengthy is rarely used for objects of physical length. Keeping with Bierce’s wry point, we don’t describe excessively wide things as widthy or excessively tall things as heighty. (We also won't stop you if you decide to innovate, but be prepared to field some questions.) You might describe a bike trail as long, but you would be unlikely to call it lengthy—unless, perhaps, you were tired of pedaling and eager to get home. A grocery-store receipt might be excessively long, thereby qualifying as lengthy, but that could describe the information on the paper as much as the paper itself.