If you watched the Olympics and were on Twitter, you likely know that comedian Leslie Jones was posting her own commentary. The universal consensus: Leslie’s commentary was lit. 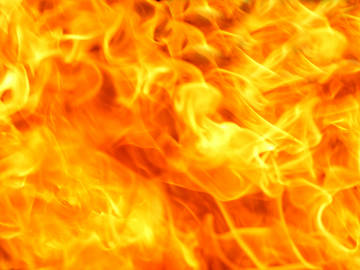 'Lit' has been a slang term meaning "intoxicated" for over a century. More recently, it has acquired the meaning "exciting," as well as a broader meaning along the lines of "excellent."

The slang lit has a long history. Its earliest meaning is “intoxicated,” and that shows up in English as far back as the 1910s:

We walked into the vamp's house. We all got lit and had a hell of a time. —John McGavock Grider, War Birds: Diary of an Unknown Aviator, 1918

This particular use of lit comes from the original use of lit to refer to something that is illumined or has light shining on it (from the past tense of the verb light). It sounds like a semantic stretch, but it’s not: lit and lit up are often used to refer to the look on someone’s face when they are suddenly made happy by something, and there’s no denying that many people feel or look similarly happy when under the influence.

Though the “drunk” meaning of lit has a pedigree stretching back over a century, it is still considered slang: it doesn’t have the same sort of all-purpose use that drunk does, and it still shows up generally in very informal settings, like speech and rap lyrics. In fact, the “intoxicated” sense of lit has had a resurgence of use among a new generation of youth thanks in no small part to rap.

Rap has also given us a new meaning of lit. In the last ten or so years, lit has transitioned from being applied to the act of intoxicating ("gonna get lit") to the environment of those who are lit ("party's lit"). The wildness of such parties has led to lit gaining the meaning “exciting,” as well as a broader meaning along the lines of “excellent” (“Leslie Jones's commentary on the Olympics was lit"). We have evidence of the “exciting” and “excellent” meanings way back to 2004, and earlier use is likely—slang is often spoken long before it’s written down. This extended meaning of lit is a favorite on social media like Twitter:

Unlike the earlier “intoxicated sense,” this meaning is just starting to make the leap from personal messages to edited prose.