Here at Merriam-Webster, we have a number of women editors. Or is it female editors? Certainly not lady editors, right? 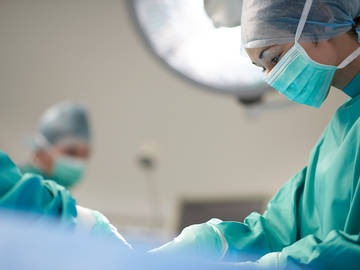 There's currently a split between the use of 'woman' and 'female' as modifiers, with some preferring one over the other. If you're stuck, consider that there's rarely a need to say something like 'female surgeon'; most of the time, 'surgeon' works just fine.

Gendered modifiers like female, woman, and lady are a thorny issue in English usage. All three words began life as nouns, with woman and lady showing up very early in the language, and female showing up in the 1300s. Lady was used initially as a form of address for a woman who had run of a household or who had charge over servants, and late came to refer to a woman who held a high rank. Woman has retained its original meaning, which is now almost 1400 years old: “an adult female human being.” Female first referred to a woman or girl, but within about a hundred years of its appearance, it was also being used of animals (“Byrdes that ben femalles may not abyde there,” —The Myrrour of the Worlde, 1481). Unlike lady and woman, however, female is also a full-fledged adjective, and the adjectival use has historically been more clinical and biological than not (as in, “the female plant” or Alexander Pope’s “goats of female kind”). There was remarkably little fussing over any of these words. Until the end of the 1800s, that is.

The arguments began with the bare nouns: was it appropriate to call a group of women females? Are all women ladies? Can you call a group of female human beings of various ages females or should you go with ladies or women? Though advice varied, it was generally agreed by the beginning of the 20th century that female was a disparaging term as it made no differentiation between humans and animals (this in spite of the fact that female was, in previous centuries, actually preferred to woman and lady); lady was a fine and polite word to describe a woman of excellent social refinement or breeding (in spite of the fact that it was, at that point in time, often used in informal print and speech to refer specifically to women who happened to have jobs that would benefit from being tagged as above their station, as with cleaning lady and saleslady); and woman was the preferred term to refer to an adult woman (which had always been the case).

The first scholar to critically examine the attributive uses of female, woman, and lady was Henry Fowler, author of the 1926 Dictionary of Modern English Usage, and while his conclusions are commonsensical, his manner of expressing himself grates. In a section called “Feminine designations,” he claims that women who argue against the use of gendered words ending in -ess, like authoress and poetress, are being, in short, whiny and illogical, and that since the English language is flexible enough to allow these designations, we had better let it. There is one interesting note in his jeremiad, however:

With the coming extension of women’s vocations, feminine vocation-words are a special need of the future; everyone knows the inconvenience of being uncertain whether a doctor is a man or a woman;...

For all his late Victorian bluster, Fowler was prescient in one regard: most of our current uses of gendered modifiers are vocation-related (lady doctor, woman senator, female restaurateur). And he has some usage guidance on that score. Regarding lady, he writes:

Lady prefixed to names of vocations as a mark of sex (lady doctor, author, clerk, &c.) is a cumbrous substitution for a feminine designation, which should be preferred when it exists or can be made; in default of that, woman or female would be better than lady...

But Fowler had some further thoughts on female and woman. After noting that the noun female had become “reasonably resented” as mostly a biological designation, he goes on to say that

It is not reasonable to extend this resentment to the adjective use of female; but it is the mistaken extension which probably accounts for the apparent avoidance of the natural phrase female suffrage & the use of the clumsy woman suffrage instead.

His preference for female over woman seems to be grammatical in nature: he notes that shoehorning woman (a noun) into an adjective’s role is “mere perversity” when there’s a perfectly good adjective to use instead: female.

Fowler set the tone for the conversation that would take off in the latter part of the 20th century. Linguists and scholars who studied gendered language have, over decades, formulated the general rule we currently function under. Lady as a modifier is disparaging at best and should be avoided:

...if, in a particular sentence, both woman and lady might be used, the use of the latter tends to trivialize the subject matter under discussion, often subtly ridiculing the woman involved.
— Robin Tolmach Lakoff, Language and Woman’s Place: Text and Commentaries, 1975

When choosing between female and woman as modifiers, the usage advice is split. Some advocate for woman:

Although it is generally preferable to use woman or women as adjectives...

but allow that female is also an adequate choice:

... there will be times when female seems more appropriate. Use it, however, only when you would use male in a similar situation or when it is necessary for clarification; sex-specific adjectives are often gratuitous and belittling...
— Rosalie Maggio, The bias-free word finder: a dictionary of nondiscriminatory language, 1992

In her book, Lakoff uses female as the gendered modifier of choice, even going so far as to double-gendering with the construction “female comediennes” at one point.

Some of the preference for female over woman is a holdover of Fowler’s grammar point: female is an adjective while woman is not:

As far as the Guardian style guide is concerned, it is simply wrong to use "woman” and “women” in this way, because, it says, they are not adjectives.
— Maddie York, The Guardian11, 17 Oct. 2014

but the animal connotation of female can be hard to shake for some:

Female connotes a biological category. ... I avoid female in my own writing because it feels disrespectful, as if I'm treating the people I'm referring to as mammals but not humans. —Deborah Tannen, quoted in The New York Times Magazine, 18 Mar. 2007

So while all agree that lady as a modifier is right out—though we do still see the modifier lady in current English prose—there’s currently a split between the use of woman and female as modifiers, with some preferring one over the other. And yet, for all the confusion, there is better advice out there:

It is jarring to hear phrases such as lady lawyer, woman doctor, female booksalesman, and the Air Force’s female airman. It sounds condescending, even if that wasn’t intended.
— Bryan Garner, Garner’s Modern English Usage, 2016