This article is your destiny

We were recently reading a review of a new rom-com that described the romantic set-up (many chance meetings) as “kismet,” and we wondered: what is it about the word kismet that makes it pair so easily with romance? A quick survey of our most recently collected uses of kismet shows that it’s used of happy romantic pairings nearly half the time, and it’s rarely used of anything negative like an ill-fated love affair. 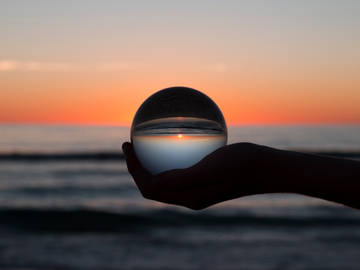 'Kismet' comes from the Arabic word 'qisma', which means "portion" or "lot."

This is, in part, due to how kismet came into the language, and where it came from. Kismet was borrowed into English in the early 1800s from Turkish, where it was used as a synonym of fate. This was an expansion on the meaning of the original Arabic word that led to kismet: that word, qisma, means “portion” or “lot,” and one early 18th-century bilingual dictionary says it’s a synonym of “fragment.”

The Turkish language actually gave English a surprising number of words, in part because it was the gateway to the east for much of western Europe. Major historical trade routes passed through Turkey, which meant that all that many Europeans knew about the far east came via Turkey. This meant that we didn’t just steal Turkish words and adapt them (like we did with baklava), but we stole stolen words that Turkey had co-opted from other languages it had contact with—most notably, Arabic (from which we ultimately get coffee and kismet), but also Persian (whence divan) and even Hindi and Urdu (which lent us chai).

English took few words directly from Turkish, instead pilfering them from languages that had more direct contact with the Ottoman Empire: French and Italian. Through them we get words that are Turkish at heart, though we certainly don’t think of them as such: cafe, bergamot, odalisque, tulip.

You will notice one thing about the loanwords we’ve highlighted, and that is that they are mostly for concrete nouns. Kismet is unique in that regard. Why lift it from Turkish’s pockets when we already had the perfectly serviceable fate and destiny? We can likely pin that on Orientalism. Kismet was taken into English during the West's 18th- and 19th-century fascination with the cultures of North Africa, the Middle East, and Asia. This fascination often led people to fetishize and exoticize Eastern cultures, and one such exoticization was to make these cultures seem mystical. Combine the idea of a mystical fate with a word taken from an exoticized place, and it’s kismet.