A police tactic that puts some in hot water. 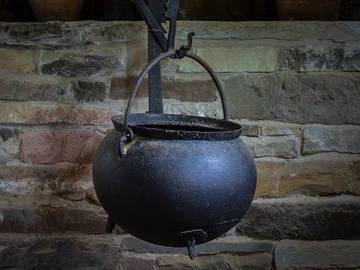 The noun kettling and its related verb kettle are used to refer to the police action of surrounding a crowd of people in order to restrict them from moving or escaping. Sometimes the action involves the use of a large restraining device, such as mesh fencing.

On 1 June, police in Washington, D.C. kettled more than a hundred Black Lives Matter protesters into a narrow street and subjected them to beating, gassing, rubber bullets, and arbitrary arrests, with some protestors forced to seek refuge in neighbors' homes.
— Rebecca Shaeffer, Newsweek, 11 June 2020

The term has come to the forefront in media coverage of recent mass protests, including those held against police violence in 2020. Before that, it was notably used during the Occupy Wall Street protests that began in September 2011 and protests outside the G20 summit in 2009.

As former senior policeman Andy Hayman predicted in a Times blog written the day before the summit:

"The tactics are "to herd the crowd into a pen, known as 'the kettle'... the police will not want groups splintering away from the main crowd.".
— Julian Joyce, BBC News, 16 Apr. 2009

The noun kettle refers to the area in which the crowd is confined. It has been suggested that the term is a metaphor for a boiling kettle about to spill over. Another theory posits a connection to the German noun kessel—which, apart from literally meaning “cauldron or boiler,” but has been used in military contexts for an armed force that is about to be overtaken by a superior one.

Kettling has been sharply criticized for keeping both protestors and bystanders unjustly (and sometimes hazardously) confined. Some police departments, such as Toronto’s, have sworn off the practice.