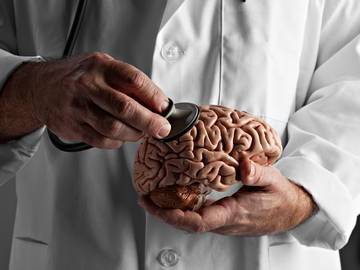 We're not scientists, but this doesn't seem like a good method.

The junk that is modifying science here has been in English since the 14th century, initially meaning “pieces of old cable or cordage used especially to make gaskets, mats, swabs, or oakum.” The sense of junk meaning “any of various ships of Chinese waters with bluff lines, a high poop and overhanging stem, little or no keel, high pole masts, and a deep rudder” is etymologically unrelated to the “worthless” meaning of the word (which is from the Middle English jonke), as it comes from the Portuguese word junco, from the Javanese joṅ (“ship”).

Junk took on a number of other senses in the following centuries, most of which are applied to things of poor or worn-out quality. The sense which is perhaps most common today, meaning “trash,” is a relative newcomer, dating from the mid-19th century. Junk has also been very successful in functioning as an attributive noun, in which it performs the role of an adjective, modifying a noun which follows it. Among the earliest such uses is junk shop, which has been used since at least 1800.

This species of depredation was carried on by the most desperate and depraved class of the fraternity of nautical vagabonds, aided by receivers, who kept old iron and junk shops, in places adjacent to the river, ever ready to deposit and to conceal the nocturnal plunder of these hostile marauders.
— Patrick Colquhoun, A Treatise on the Commerce and Police of the River Thames, 1800

Other common junk-compounds include junkyard, junk mail, and junk food.

Ald. Wylie remarked, that Hughey Clark, who keeps a junk yard in Bridge street, had a large quantity of these old meters, which were sold by the Water Board.
— The Brooklyn Daily Eagle (Brooklyn, NY), 27 Sept. 1873

The letter mail, by actual count, averages about a half million letters a month. On top of that are tons upon tons of what is called “junk” mail, circular letters, such as business houses send to each and every member.
— The Evening Star (Washington, DC), 18 Dec. 1921

Science and junk have occasionally been paired throughout the 20th century, but not with a fixed meaning. We begin to see them used in the sense “science or scientific results of a fraudulent or misleading nature” in the early and mid-1980s.

Mr. LENT. It is explicitly deemed relevant in the administrative case and I say implicit in the way the language is written in the bill of Mr. Florio, it is implicit if not explicit that that kind of some people call it junk science evidence could be admissible in the tort litigation as well.
— Hearings Before the Subcommittee on Commerce, Transportation, and Tourism, 1984

Calling Florio’s compensation scheme a potential “pot of gold,” Lent said, “You can prove anything with the junk science techniques they have now.”
— The Philadelphia Inquirer, 25 Mar. 1984

”Explorers” offers up Yet another of the summer’s kid-buddy movies, a science fantasy that is saved from its junk-science travesty by the presence of three engaging young boys who take off into the wild space yonder and meet the strangest beings.
— The Des Moines Register (Des Moines, IA), 11 Jul. 1985

The use of such “junk science” has resulted in findings which simply cannot be justified.
— The Courier-Post (Camden, NJ), 23 May 1986

Junk science became far more common in the following decade, and now seems well on its way to entering the pantheon of English junk compounds. The word is frequently found in contentious discussions on scientific matters of a political mien, and some find that it is used as a somewhat arbitrary label in an attempt to discredit disagreeable (although not inaccurate) results. We cannot give you information which would be useful for those times you find yourself arguing with someone about the validity (or lack thereof) some scientific thing, so we’ll content ourselves with giving grist for your lexical mill.