When you wish you were there.

The slang adjective jelly is a fun synonym and alteration of jealous, formed by tacking a –y ending onto a phonetic spelling of its first syllable. (We understand that it's decidedly less fun to read a dictionary article than be with your friends at that show they just Instagrammed, but we'll do our best.) 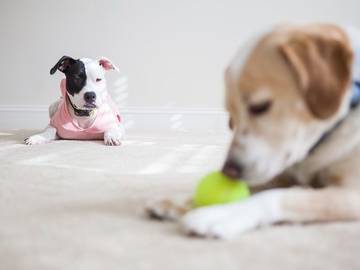 It only feels like everyone's having a good time but you.

This word is a homonym of the noun for the sweet foodstuff usually made from fruit, and, like jealous, is sometimes followed by of. It occurs more frequently in speech than in edited writing.

While [Tanya] Saracho’s love affair with Chicago remains as strong as ever, she does miss being in the city. “I am so homesick every day of the week,” she said. “When you say you’re in Chicago, I’m like so jelly because … it’s the best city — just the topography, the smell, the people. When I go back I’m like, ‘This is where I belong!’ ”
— Curt Wagner, The Chicago Sun-Times, 2 May 2018

In 1999, when the Queen gave Robert the title of Baron, Jane officially became a Baroness. And yes, I'm all kinds of jelly of that title.
— Hollee Actman Becker, Elite Daily, 12 May 2018

The word is a favorite of social media users, who might use it in a comment to express one’s longing or admiration for something (such as a delectable meal or Beyoncé concert) that another user has shared.

Jealous is sometimes altered in other creative ways, such as jel, jeal, jeals, jels, jellz, and pretty much any other variation you can imagine. You're free to use whichever version speaks most directly to your FOMO.