The Oldest Line In the Book Isn't Really That Old

This much-reviled, often-used excuse seems like the oldest line in the book, but, when used of romance, it only goes back to the 1980s. 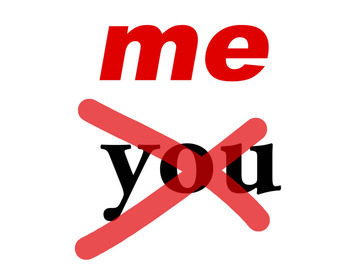 The earliest uses of it in newspapers is from the sports world: players either apologizing for or boasting about their abilities – but it moved from one field to another in the 1988 movie Casual Sex?. It was famously deployed in the middle of a seduction scene:

Matthew: We have a problem.

Melissa: Well, what is it?

Melissa: Is it me?

Matthew: Now, I don't want you to take this as a rejection, but as an acceptance between two people whose needs are profoundly incompatible. And you're not alone. I devote an entire chapter to this in my book.

It seemed to be a ready excuse around the world: a 1989 Ann Landers column from a sexually frustrated wife, in which the wife complains that her husband cops to "it's not you, it's me," ran stateside in syndication. That same year, Australian comedian Anthony Ackroyd bemoaned the "unavoidably unoriginal" line.

Of course, what popularized it the most was George Costanza getting dumped in 1993 on Seinfeld:

George: I don't understand. Things were going so great. What happened? Something must have happened.

Gwen: All right, George, it's you.

George: You're damn right it's me.

George: I know what you were trying to do. Nobody does it better than me.

Gwen: I'm sure you do it very well.

George: Yes, well, unfortunately you'll never get the chance to find out.

Jerry: But I thought things were going great.

Jerry: Did she say why?

Jerry: But that's your routine.

It's been me and not you ever since.