Is 'Utilize' a Word Worth Using?

The Internet hates it, but maybe it has its place

Utilize doesn't get a lot of love, which is hardly surprising. It's got two important strikes against it. The first is its ending: words with the -ize suffix tend to annoy people (we'll pause here for anyone who wants to hate on incentivize for a moment). And second is its length: clocking in at a whole two syllables longer than its plain-Jane synonym use, utilize is often labeled "pretentious." 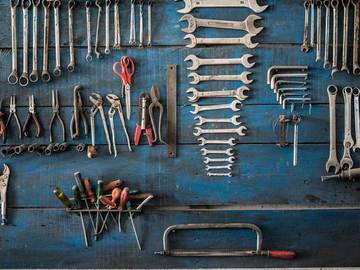 'Utilize' is typically used to suggest a new, profitable, or practical use for something.

Perhaps the real issue is that utilize is (relatively) new. Although both use and utilize ultimately have their roots in Latin uti, meaning "to use," use has functioned as a verb since the 14th century. Meanwhile, utilize didn't come to the language until the early 19th century, when English speakers apparently thought borrowing from French utiliser was a good idea. (Its recent French heritage doesn't help with the accusations of pretentiousness.)

Both words are firmly established in the language now, however. And while it's true that use can generally be substituted for utilize without a change in meaning, utilize is typically applied with the particular meaning of "to make use of : to turn to practical use or account," and often suggests the discovery of a new, profitable, or practical use for something:

Investigators desperate to solve a notorious cold case played the role of consumers interested in their family tree as they used an open-source genealogy website to identify the suspected Golden State Killer, prompting questions about whether increasingly popular DNA analysis sites should be utilized for more than just digging into one's heritage.
— Trisha Thadani, The San Francisco Chronicle, 28 Apr. 2018

According to a 2014 study published in the Federal Reserve Bank of New York's Current Issues journal, graduates who find themselves working in jobs that don't utilize their degrees in their 20s will land jobs more in line with their degree by their 30s.
— Prachi Gupta, Cosmopolitan, 2 Mar. 2016

They found time allotment has remained remarkably stable over 15 years. But for many patrons, the way they utilize those precious seconds with Picasso has shifted significantly, with more than one-third snapping shots of themselves in front of the work of art.
— Tom Jacobs, Pacific Standard, 2 Mar. 2016

Use could of course be substituted for utilize in any of these examples, but the implication of a deliberate decision or effort to employ something for a practical purpose would be lost. If you want a word that does the specialized work that utilize does, we don't think you should be ashamed to utilize it.