When Did 'Politician' Become a Dirty Word?

As we trudge through yet another season of political contests, we find that many of the speeches given by the candidates use an epithet that is rather curious, when one considers the job they are aspiring to: politician. 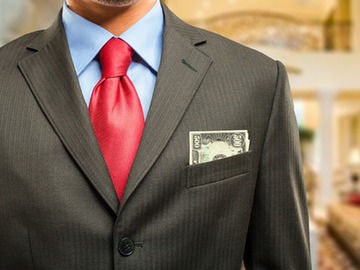 'Politician' has had the secondary meaning of "a person primarily interested in political office for selfish or other narrow usually short-sighted reasons" for as long as the word has existed.

Multiple presidential candidates have insisted that though they aspire to political office, they are not politicians:

Well, you need somebody, because politicians are all talk, no action.
—Donald Trump, June 2015

But voters are far more discerning. They’ve learned over and over again politicians don’t tell us the truth.
—Ted Cruz, 17 January 2016

Rather than delving into why someone who thinks so little of politicians would want to become one, we could instead ask when politician became a dirty word. The short answer to that is that it has pretty much always been one.

Get thee glasse-eyes, and like a scurvy Politician, seeme to see the things thou dost not.
—Shakespeare, King Lear, 1623

Politician entered the English language at the end of the 16th century, and was formed by adding the suffix -ian to the adjective politic. Currently, our earliest known record of this word dates to 1584, when Richard Cosin used it in his An Answer to the Two Fyrst and Principall Treatises of a Certaine Factious Libell:

In which respect we are also taught by Aristotle, and other wise philosophers & Politicians, that in all lawes & administration of justice; we are partlie to observe proportion Arythmeticall…

This use does not make politician sound so bad, but at the same point a number of other authors were using the word in a sense that is more in line with the earliest one provided by Merriam-Webster’s Unabridged dictionary: "a politic person; especially: a shrewd and crafty schemer."

…men that professe themselues to be of the society of Iesus, who being the fountaine of all purenesse, will surely neuer associate himselfe with deceiuers, and false worldly politicians.
—Lewis Lewkenor, The Estate of English Fugitiues vnder the King of Spaine and his Ministers, 1595)

These notable polititians, or more properly Atheists, if they were simply to deale with men, they might many times happily see the wished effects of their deuises: but they striue against God that striue against their soueraigne Princes, especially against such a one as God hath annointed to set foorth his glorie.
—George Whetstone, The English Myrror, 1586

The word has meant "one actively engaged in conducting the business of a government" for much of the past 400-odd years. Yet throughout all this time it has simultaneously been used in a contemptuous fashion as well, denoting a person who is interested in their own well-being over others, scheming, and overly given to the machinations of politics. As is so often the case when dealing with the subject of invective in the English language, the last word on this subject should perhaps go to that famed satirist, Ambrose Bierce, who offered the following definition of politician in his 1911 book, The Devil’s Dictionary:

An eel in the fundamental mud upon which the superstructure of organized society is reared. When he wriggles he mistakes the agitation of his tail for the trembling of the edifice.