The word has a bad reputation

Notorious is a word that got a bad rap by association with an undesirable lot. The word comes from the Late Latin noun notorium, meaning "information" or "indictment," which in turn is from noscere, "to come to know." It was first used in the 16th century with the neutral meaning "well or widely known," but very early it came to be used with nouns of unsavory meaning—one of the earliest uses is the combination "notorious sinners." Frequent use with nouns of this kind colored the subsequent use of the word with a pejorative connotation, leading to the word's most frequently used sense, "widely and unfavorably known." 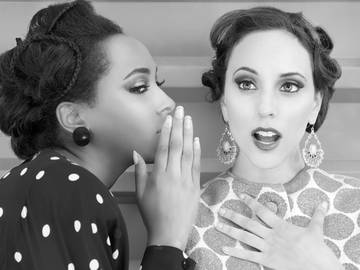 The most common meaning of 'notorious' is "widely and unfavorably known." The word does have a neutral meaning ("widely known"), but it tends to be colored by the pejorative meaning.

Although notorious is always pejorative when linked with a noun for an undesirable person, there are instances when the word is applied to people in a playful or witty way:

Design plays a bigger part on the series than it's ever played on another drama; show creator Matthew Weiner is a notorious perfectionist, and set decorator Claudette Didul goes to extreme lengths to ensure that everything … looks period-perfect.
— Andrew Romano, The Washington Post, 5 Apr. 2015

… Alben and I had our pictures taken, as is usual when notorious persons leave or arrive in cities.
— Harry S. Truman, diary, 20 Sept. 1945

Note that in each of these non-pejorative examples the selection of notorious rather than well-known, famous, etc., is undoubtedly due to the word's overtones.

When notorious is applied to terms that refer to something not human, it often verges on the neutral. Still, if weather, a book, or a fish is described as notorious—in the absence of clues to the contrary—the effect of the word will be pejorative.

As we began to chat, Portland's notorious wet weather began to create streams of potential energy all around us.
—Hari Sreenivasan, speaking on PBS, 14 Apr. 2015

Among the many animals here, three thousand species of fish. Some notorious. We're on a fishing expedition like no other to catch piranha.
— Keir Simmons, speaking on NBC News, 16 Aug. 2016

When there is no intended overtone, as is sometimes the case, notorious is used as a more emphatic term for famous, well-known, etc. But even in its neutral uses, the term's association with the unfavorable, disreputable, and unsavory colors its meaning in a way that those other words do not.

He'd smile after he'd struck somebody out with his notorious 90-plus-mile-an-hour fastball.
— Eyder Peralta, speaking on NPR, 26 Sept. 2016

There are also instances in which meaning is entirely dependent on the matter that follows the word. In the construction notorious for, for example, meaning only comes to light after for. The following examples illustrate the "unfavorably known" sense of word.

The NFL, notorious for fining players to veer from its strict uniform policy, yesterday announced a one-week amnesty. Week 13 of this NFL season, players will be allowed to wear special cleats as long as they are worn for a cause.
— Jared Max, speaking on the Fox Network, 13 Sept. 2016

Millennials are notorious for their low voter turnout, but their political clout is growing.
— Robert Siegel, speaking on NPR, 22 Aug. 2016

Comedians are notorious for pushing back against authority.
— The National Review, 6 July 2015

In the same construction, notorious can be used in its "generally known" sense.

Bass (pike and pickerel, too) are notorious for feeding around weeds.
—Bob McNally, Outdoor Life, May 2011

Avery ... will be even faster in the Edward Jones Dome, which is notorious for having the fastest surface in the league.
— John McClain, The Houston Chronicle, 27 Apr. 2008

Another frequent construction is notorious that. In that phrasing, the word is nearly always used in its neutral "generally known and talked of" sense; again, any pejorative intent has to be supplied by the matter following that, which seldom happens:

Clinton’s penchant for spicy food is reportedly so notorious that flight stewards bring jalapeño slices to her with every dish.
— Jennifer Madison, The Independent Online, 15 July 2011

Sales at Jos. A Bank have been consistently declining since it stopped doing its infamous "buy one, get many free" promotions. The sales were so notorious that they were mocked by Saturday Night Live.
— Mallory Schlossberg, Business Insider, 10 Mar. 2016

As you can see from the examples, most people have no problem handling notorious and are aware of its overtones. All you have to remember is that it always seems to have a certain piquancy, a certain bite, from its frequent association with persons and things of undesirable character. Even when it is neutral in denotation, it has that characteristic flavor—but there are ways to subdue it.