Is 'Negotiate' Literally a Barbaric Word?

A century ago, it was very controversial.

For some, it’s a consistent source of fun to look back at what was considered a social transgression in the past. We’re certainly beyond worrying about such silliness as what length of skirt should be worn to social engagements, the proper stationery to use in announcing a wedding, and the use of the word negotiate to mean “to successfully travel along or over,” right? Wait. What was that last one? 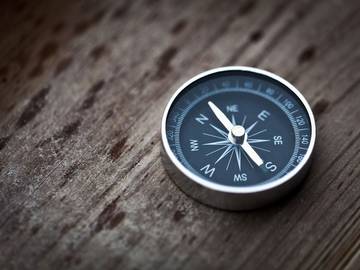 "The use of the verb ... stamps the writer as literally a barbarian."

If you have trouble believing that we would ever be so irrational as to argue semantics about such a seemingly inoffensive word, here is a portion of a letter written to The Saturday Review in 1904, along with the response from the publication’s editor.

To the editor of the Saturday Review. 13 September, 1904. Sir,—Might I venture to draw attention to the curious meaning now frequently given to the word negotiate? We know that strife is often followed by negotiation, but some of our speakers and writers actually negotiate while striving. And no second party to the transaction is required. A friend, explaining to me recently his feat of scrambling up a steep Highland crag, remarked that he negotiated it. A witness in his evidence the other day concerning a motor accident said that if a hind wheel had not collapsed he would have negotiated the fatal corner…Surely no purpose ornamental or useful can be served by this unwarranted extension of the sense of a familiar word. Do the spoilers of English negotiate the English dictionary? Your faithfully, W. Forbes.

The horror! But should you think that the backlash to the non-business-or-treaty-related senses of negotiate was confined to the The Saturday Review, similar pearl-clutching began appearing in other publications soon after.

Many words come into general use after their special application has been extended. One such barbarism creeping into the language for its place in sporting parlance is “negotiate,” in the sense of successfully accomplishing, as “negotiating a hill,” for having climbed it on a wheel or in an automobile.
—The Baltimore Sun, 10 Feb. 1907

”Up to” and “negotiate” are in varying degrees illegitimate English, according to United States usage.
—The Athenaeum (London, UK), 13 Feb. 1915

Matters reached a fever pitch in the 1920s with the publication of H. W. Fowler’s A Dictionary of Modern English Usage. Well, sure, it wasn’t quite a fever pitch, but since this is a century-old skirmish involving the largely epistolary history of a minor usage, we’re letting ourselves be a bit dramatic. In any event, Fowler had strong words about negotiate:

The use of the verb in its improper sense of tackle successfully is comparable in faded jocularity with the similar use of individual, & stamps the writer as literally a barbarian. Novelty is what makes such misuses attractive, & when the novelty is gone people of sense discard them. See also polysyllabic humour.
—H. W. Fowler, A Dictionary of Modern English Usage, 1926

Okay then. Fowler certainly deserves points for the phrase “comparable in faded jocularity,” but some might penalize him for his questionable use of literally. (We’re not judging you, H.W., but watch your back.) In any event, he did not much care for this use, a position similar taken by a number of usage guides of the day.

Although it may seem absurd to us today, it isn’t that surprising that people would have gotten bent out of shape about this change. The word, which comes from the Latin negotiari (“to carry on business”), had entered the English language in the 16th century.

….the warre had not begon but that the Svvizzers had stirred, and all the prouisions necessary had bene ready: and lastely the king of Englande might happly haue bene drawne into the confederation, with whom for the distance of places, there was no leasure to negociate.
—Francesco Guicciardini (trans. by Geffray Fenton), The Historie of Guicciardin, 1579

Not withstanding to expresse our good willes and ready affections to the peace, we are still conteut according to the offer of the imperiall Maiestye and consent of the King of Spaine that the same shalbe negotiated and treated by the sayde Ambassador….
—Alessandro Farnese, A True Copy of a Letter sent by the Prince of Parma, 1579

After almost 300 years of keeping a fairly similar set of meanings (business transactions, treaties, and similar topics), people in the middle of the 19th century suddenly began using negotiate to mean something substantially different. No wonder the letter writers were so upset.

This new, extended meaning of negotiate was not much affected by the protestations of the usage guides, and this sense is in widespread use today. If you use negotiate in the “successfully travel along or over” sense, do it proudly in the knowledge that no less than H.W. Fowler himself would think you barbaric.