What Is 'Treason,' Anyway?

Some clarification on a complicated word

Treason is a word about which many people have firmly held opinions. However, these opinions are often in opposition to each other, and as a result it's not uncommon to end up with as many questions as answers. Must a country be at war for someone to commit treason against it? What is the difference between treason and sedition? If I commit treason in my sleep, and don't remember it, can I still be charged? At least some of these questions have answers. 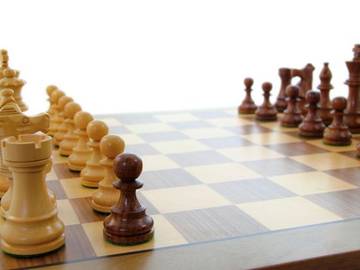 Good luck with the "I was asleep" defense.

The English-speaking people have been using treason for a very long time (since the 13th century), and, as is so often the case when a word has such longevity, it has more than one meaning. The earliest sense of the word is "the betrayal of a trust or confidence," but there are also of course a number of legal senses, not all of which (quelle surprise) are concerned with the judicial system of the United States.

Treason comes up in the Constitution of the United States (“Treason against the United States shall consist only in levying war against them, or in adhering to their enemies, giving them aid and comfort”), but it was borrowed from the English use of the word. English law had been using treason in a technical manner for hundreds of years before our country came about, and even managed to divide treason into a number of different categories. For instance, petit treason ("the crime committed by a servant in killing his master, by a wife in killing her husband") was differentiated from high treason ("treason against the sovereign or the state").

Vp on Fryday, being the 17 of Februarie, Rowland Cramphorne was endighted and araigned at the Sessions house in the olde Baylie, before my Lord Maior, and his Maiesties Commissioners in case of Iustice; of willfull murder and pettie treason, for murdering his M. Robert Heath, with an yron fyer Forke, giuing him his deathes wound vpon his head.
— Anon., A Bloudy New-Yeares Gift, 1609

The use of the word that most of our readers are curious about is not, we presume, related to some division between types of treason in English law. So let's look at good old-fashioned American treason. We offer a legal definition, which reads as follows:

The offense of attempting to overthrow the government of one's country or of assisting its enemies in war; specifically: the act of levying war against the United States or adhering to or giving aid and comfort to its enemies by one who owes it allegiance.

This seems rather clear, doesn't it? Well, yes and no. If you are a discussing whether someone should in fact be charged with this crime such a definition may well address most of your questions. But legal scholars (and people who just like to argue about what words mean) are not all in agreement about what constitutes treason. Once you start debating what words such as aid, comfort, enemies, and allegiance really mean it can quickly become possible to have wildly differing opinions on treason's particulars.

We also have a long and proud tradition of politicians in the United States interpreting the technical sense of treason in a rather broad manner. Thomas Jefferson seems to have been of the opinion that people who tried to set up the Federal bank in the US (he preferred the Virginia banks) were guilty of treason.

The power of erecting banks & corporations was not given to the general government it remains then with the state itself. For any person to recognise a foreign legislature in a case belonging to the state itself, is an act of treason against the state, and whosoever shall do any act under colour of the authority of a foreign legislature whether by signing notes, issuing or passing them, acting as director, cashier or in any other office relating to it shall be adjudged guilty of high treason & suffer death accordingly, by the judgment of the state courts.
— Thomas Jefferson, Letter to James Madison, 1 Oct. 1792 (founders.archives.gov)

If you take your definition of treason straight from the Constitution then it is quite narrowly defined; it involves countries with whom we are at war and efforts by both citizens of the US, and also non-citizens who owe allegiance to it, to aid these enemies. It differs from sedition ("incitement of resistance to or insurrection against lawful authority"), as this crime generally consists of advocating revolt against a government, as opposed to working in concert with an enemy to overthrow it.

Additionally, treason is frequently found used in its earliest sense, "the betrayal of a trust." And so if you ever find yourself neck-deep in an argument about whether such-and-such a politician did or did not commit the specific crime of treason you can always do the sensible thing, and quote Emily Dickinson.

The treason of an accent
Might vilify the Joy—
To breathe,—corrode the rapture
Of Sanctity to be.
— Emily Dickinson, The Treason of an Accent (from The single hound), 1915