We wrote you a limerick, but it won't help you remember the difference

Evoke and invoke is the sort of pairing that gives many people, even those who pay close attention to distinguishing between similar words, some degree of trouble. While there is overlap in some of the meanings of these words, they also have a number of senses which would make substituting one for the other problematic in certain circumstances. 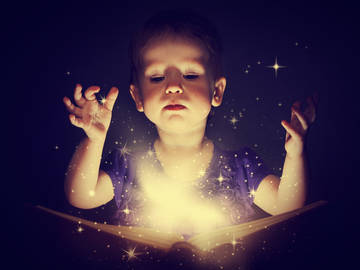 Is she 'invoking' or 'evoking'?

Both come from Latin, and share a common root in that language (vocare, meaning “to call"). Invoke comes from invocare (“to call upon”), and evoke from evocare (“to call forth”). The modern English words cause confusion not simply because of a similarity of form, but because the meanings may be quite close.

For instance, both invoke and evoke may be used to mean “conjure” or “to cite, especially with approval or for support.” The most commonly used senses of evoke, however, are those concerned with calling something forth (particularly something which is hidden, or not immediately obvious). You are likely to evoke such things as memories, emotions, sympathy, and associations.

The Meaning of 'Invoke' vs. 'Evoke'

Of the two invoke is slightly older, dating back to the late 15th century. The first use of this word was “to call upon for assistance” or “to petition for help or support.” Evoke entered our language slightly later, at the end of the 16th century. For the first few decades that this latter word was in use it appears to have been used in a manner that was similar to invoke, but soon after took on the sense of “to call forth” (possibly because this was the way that Henry Cockeram defined it in his 1623 dictionary).

There is little confusion with longer forms of each word, which may help you in differentiating between them. Examples of these include evocative, which means “evoking or tending to evoke an especially emotional response,” and invocation, which is frequently used in the sense of “a summoning up or calling upon for authority or justification.”

If you don’t really care all that much about the difference between these two words, but just want someone to tell you that it’s reasonable for you to confuse them, then here is a limerick designed to do just that.