Is 'Inputted' a Real Word?

And can people give their 'inputs'?

Inputted and input are both acceptable past tenses of the verb "input," even though the verb is derived from "put" which is rarely seen as "putted." For the noun "input" which could be both something entered into a computer or someones advice for example, "input" and "inputs" are acceptable plurals.

Input is a vexatious word. It looks so simple, beginning with its initial definition (our first sense for input is “something that is put in”), but once you begin digging it becomes rather messy. Is there a plural of input, and if so, is it inputs? Is inputted a word? Why don’t we define inputtedness? (Okay, fine. No one is really asking that last question. Yet.) 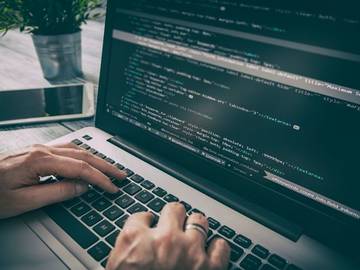 In US English, the word is often treated as a mass noun.

Is the Plural of Input "Inputs?"

Let’s look first at the noun — can you have inputs? Yes, although in some cases it may sound odd. There are some senses of input which always are pluralized with an S, such as the location on an electric device where information or energy enters.

Depending on how many inputs and outputs you might need, they start around $50 and are available at audio-video supply stores.
— George Gascon, The Orlando Sentinel, 19 Dec. 1987

For some of the other senses of input, such as “advice, opinion, comment” it may be more common, particularly in US English, to treat the word as a mass noun, one which would not be pluralized with an S. However, there are a number of varieties of English which do appear to pluralize, and when used in certain fields (such as economics) inputs may often be encountered.

“I have asked the Education Department and the Law Department to route their inputs to you via the Ministers-in-Charge. While their inputs are awaited, I would like to urge the L-G to give assent to this Bill,” the Deputy CM wrote….
— The Hindu (Chennai, India), 25 Oct. 2017

In spite of an extensive series of meetings to ensure local community and indigenous people's inputs into the COP21 agreement, the final outcome did not effectively reflect their urgent needs.
— Serina Rahman, New Straits Times (Kuala Lumpur), 20 Aug. 2016

After all, on the one hand China's fellow exporting nations are dealing with the competitive pressures of an undervalued yuan — and then on the other hand, China's state is driving up the prices of everyone's inputs with their increasingly aggressive commodities policy.
— Cathy Holcombe, The Wall Street Journal Asia (Hong Kong), 31 Mar. 2010

When dealing with the verb, the issue of how to treat the past participle is a contentious one, with much blood being shed on both sides. Some people feel that the past participle of input should be input, not inputted, based on the reasoning that the word comes from put, and we don’t say “he putted the papers on the shelf.” A similar line of reasoning has caused many people to aver that words such as broadcast should never be written as broadcasted, since the cast portion of the word remains unchanged with tense.

We list both input and inputted (and broadcasted!) as past participles. We do this not out of love of strife, but because it represents the way that people have commonly used these words.

So also, in revising the current bill technical advice might be sought on the feasibility of prescribing that after a work is inputted and used for exempt purposes, it must be removed from the machine and not permitted to remain there indefinitely.
— “The Copyright Revision Bill in Relation to Computers,” Computers and the Humanities, Sept. 1967

Put is also a word that is not necessarily averse to the -ed past participle. When the verb is employed in the sense of “to throw with an overhand pushing motion” (as in the motion made by shot putters) the past participle may be either put or putted. And we know how much you like to write about shot putters, so you're welcome.

If you’d rather not bother with deciding between these various forms, you don’t have to, and may use either secure in the knowledge that there has been no consensus reached among the few usage guides that have examined the issue. In other words, you'll probably offend someone no matter what you do. Welcome to the English language.