Is 'couple' singular or plural?

It depends on how it's used

At first glance there would appear to be very little about the word couple which could confuse anyone, or about which one might raise any objections. It is a simple little word, unassuming perhaps, and without any great aspirations, but workmanlike and stoic. But once you begin to examine this word a veritable cavalcade of questions arise. Is couple always used in the singular, or can it be plural? Must it refer to naught but two, or may it also mean “three,” or even some larger and indeterminate number? Should you write "I’ve got a couple bones to pick with you, Merriam-Webster," or should it be "a couple of bones"?

Aargh! Why must life be so hard? 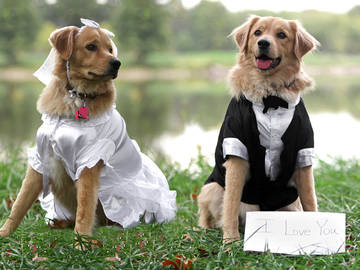 We don’t have an answer to that last question. However, we do have some things to say on the subject of couple. The first thing we would say is that if you have come to this word with some hope that you will find a lack of semantic ambiguity, you have set yourself up for disappointment.

Is couple singular or plural?

Couple is a singular noun. It is, however, also a collective noun, and these creatures will sometimes find themselves paired with a plural verb, and sometimes with a singular one. The advice that editors and usage guides will typically give in this case is to strive for agreement in your writing; if you are writing of your in-laws and introduce them by stating “the family is crazy” you should not later change to writing “the family are.”

Additionally, it is suggested that, when possible, the writer should attempt to use the plural or singular verb depending on how they are thinking of the members of this collective noun (as individuals or as a group). Thus, when writing of a couple getting married (or divorced) it appears to be more common to consider them as two distinct people, and to use the plural form ("the couple are to be wed…”). When writing of a couple who are an established entity, it is more common to pair them with a singular verb (“the couple has three children, each more loathsome than the next”).

It should be noted that, no matter what kind of verb you pair couple with, the pronoun of choice will always be a plural one (they, them, or their).

Can couple refer to three things?

Yes! You may not like it, but whether or not you like a particular use of a word has very little effect on how tens of millions of other people will use it. This is sad, but true. Some usage guides will advise against using couple to refer to the three or seven beers you had last evening, but most modern dictionaries include a definition for couple that is more or less “somewhere in the neighborhood of two.” Dictionaries do not include this definition to make you unhappy; they include it because it accurately reflects the language use of a substantial number of people.

The nice thing about this question is that no matter what answer you settle on, there will be some guides of yore (or of late) which state that you have made the wrong choice, thus freeing you from having to worry overmuch. In the late 19th century, a number of commentators held that couple should not be simply used for any group of two, but only for two things that were linked or united. This was based on the etymological fallacy that because couple comes from the Latin word for “bond” (copula) it should retain that meaning in English.

But a new complaint came about in the 20th century, when people noticed that couple was being used as a quasi-adjective (“can you lend me a couple dollars?”). This caused many guides to take the position that, since couple hasn’t filled out all the proper paperwork to get its adjective visa yet and is still properly a noun, it should always be followed by of in this use. Our records indicate that couple is routinely used without being followed by of in general writing (especially when used with more; “I’ll have a couple of more” sounds quite odd). This prepositional omission is generally avoided in formal writing.

We will end here. We still do not know why life must be so hard.