Is 'Boughten' a Word?

Like most words that people don't hear out of the mouths of newscasters and Hollywood celebs, boughten gets accused of not being a word. But it is a word. In fact, it's two. 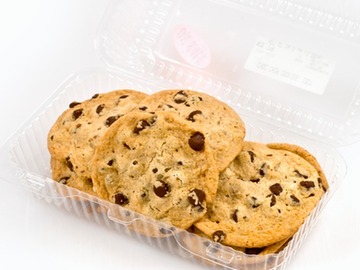 The adjective 'boughten' means "the opposite of homemade," or "bought." It can also suggest that something that should have been freely given was paid for, as in "a boughten endorsement."

As an adjective, boughten means simply "bought," as in "boughten cookies are never as good as homemade." The entry in this dictionary dates the adjective to 1738, and labels it "chiefly dialect," which means that it mostly appears in regional varieties of English. The word is, as the example about cookies demonstrates, usually used to contrast a purchased version of a thing with a version that is made at home or by one's own efforts. It's typically synonymous with the even less common store-boughten, which is defined in Merriam-Webster Unabridged as a dialectal variant of store-bought, that word being the only common word of the three.

Boughten, as an adjective, is used a little more broadly than store-boughten and store-bought; it can suggest that something that should have been freely given was paid for, as in "a boughten endorsement." That also-rare use appears to be more common in British English than it is in American English.

A quick search on Twitter shows that neither use of boughten is dead, but the word has never enjoyed great popularity. And it's been the object of criticism for the last century or so. If you use boughten you can certainly defend yourself from those who claim it's not a word. You can also tell the critics that such writers as Samuel Taylor Coleridge, Robert Frost, L.M. Montgomery, and Ursula Le Guin used it. But if you don't have the time to address the critics you might want to stick to store-bought and bought instead.