There are a number of things in English that, if we are to be quite honest about it, seem designed more to trip up the learner than to serve any other purpose. For instance, there are certain suffixes that are spelled in slightly different manner (-ative and -able), yet have identical meanings (“of, relating to, or connected with”). This might lead one to think that certain prefixes that are spelled in slightly different manner (inter- and intra-) should also have identical meanings, which is very much not the case. 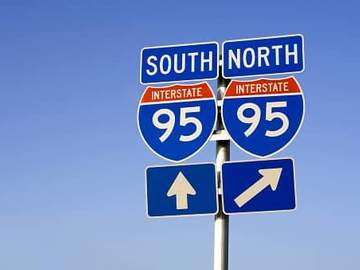 This is a toll-free article.

Intra-, which comes from the Latin intra (meaning “within”), has a variety of meanings. This Latin root is among the most common of the word’s meaning in English; intra- carries the sense of “within” when found in words such as intranet (a computer network with access that is restricted to a specific group of people) or intracellular (“existing, occurring, or functioning within a cell”).

Inter- also came into English from Latin (from inter, meaning "among, between”), and also has a range of possible meanings. Most of these definitions have the word between somewhere in there: “between; among; in the midst,” “reciprocal,” “located between,” carried on between,” or “occurring between.”

The article has an intradisciplinary approach as it looks deeply into different subfields of physics and astronomy.
— Hamid R. Jamali and David Nicholas, Journal of Academic Librarianship, Mar. 2009

Using an interdisciplinary approach that draws on sociology, policy studies, discourse analysis and a feminist ethic of care framework, the article argues that these developments alter prevailing understandings of what it means to care for infants, children, the sick and the frail elderly and, moreover, that these changes somehow alienate us from the weighty, embedded and often conflicted emotions that such caring engenders.
— Julie Stephens, Journal of Family Studies, 2015