What happens when forms of discrimination combine, overlap, and intersect

It's been around since the late 1980's but intersectionality is a word that's new to many of us. It's used to refer to the complex and cumulative way that the effects of different forms of discrimination (such as racism, sexism, and classism) combine, overlap, and yes, intersect—especially in the experiences of marginalized people or groups. 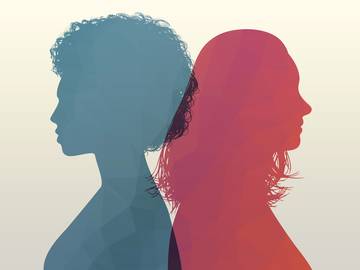 Intersectionality—the complex, cumulative manner in which the effects of different forms of discrimination combine, overlap, or intersect

Lately the word seems to be popping up everywhere:

… a celebration of intersectionality, which mandates that the full breadth of our humanity be acknowledged and embraced. — Opal Tometi and Gerald Lenoir, Time, 10 Dec. 2015

The term was coined by legal scholar Kimberlé Crenshaw in a 1989 essay that asserts that antidiscrimination law, feminist theory, and antiracist politics all fail to address the experiences of black women because of how they each focus on only a single factor. Crenshaw writes that "[b]ecause the intersectional experience is greater than the sum of racism and sexism, any analysis that does not take intersectionality into account cannot sufficiently address the particular manner in which Black women are subordinated."

Though originally applied only to the ways that sexism and racism combine and overlap, intersectionality has come to include other forms of discrimination as well, such as those based on class, sexuality, and ability.

… privilege is intersectional—a low income white woman will have a different set of privileges and disadvantages than I as a middle class brown woman do … — Mehak Anwar, Bustle, 6 Jan. 2016

Intersectionality isn't a term without controversy. People object to the technical nature of the term and the concepts it addresses (it doesn't hide its academic origins very well), and it's been described by some as divisive. Those objections notwithstanding, it looks like it may very well be a word that's here to stay.